Tampa Megachurch Pastor Will Not Be Prosecuted for Illegal Sunday Service

Tampa's controversial Pastor Rodney Howard-Browne won't be prosecuted for packing his church during quarantine, because prosecutors think arresting him did the job.

Hillsborough State Attorney Andrew Warren announced Friday his office will not pursue charges against the pastor. Warren says, simply put, it's unnecessary now because Pastor Browne's been socially distancing ever since he got busted.

Warren said the arrest immediately corrected the irresponsible behavior -- "Pastor Howard-Browne has maintained responsible social distancing on his church campus while engaging with community leaders in a dialogue about the best path forward for his congregation."

Call it a slap on the wrist.

As we reported ... Howard-Browne was a wanted man after defying Florida's shelter-at-home orders by holding a Sunday service back in March at his River Church. Not only was the house packed to the gills, but the pastor thumbed his nose at authorities, boasting ... "The only time the church will close is when the Rapture is taking place."

FYI, Florida churches are getting ready to reopen this weekend -- but only at 25% capacity and the congregation must practice social distancing.

Passing that offering plate will be different. 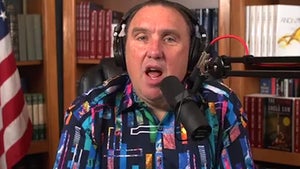