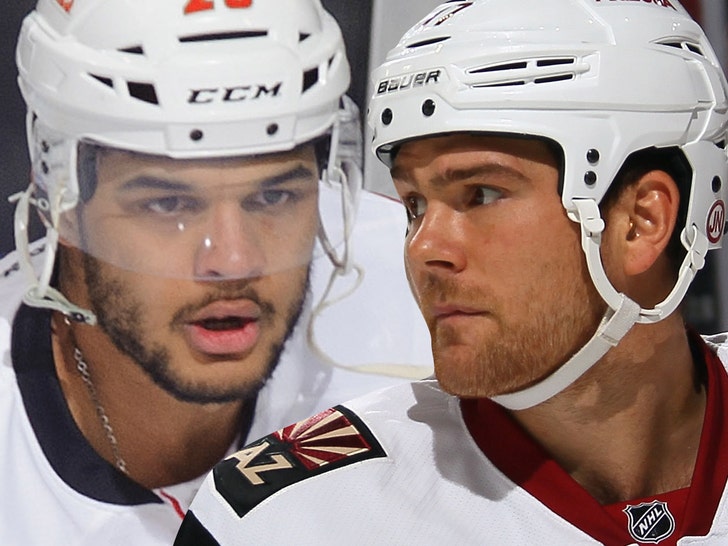 Akim Aliu says ex-NHL player Steve Downie is a "racist sociopath" who "made my life a living hell" during their junior hockey days ... and the allegations are shocking.

Aliu -- who is black -- spelled out the whole thing in a strongly worded op-ed for The Player's Tribune ... detailing several alleged incidents of abuse at the hands of Downie.

But, Aliu says before he got to the big stage, Downie terrorized him while both players were members of the Windsor Spitfires, a team in the OHL -- the best junior league in Canada.

"First couple of practices he put Tiger Balm in my jock," Aliu says ... "Then he took my gear outside and threw it on the roof."

"And then he began to belittle me in front of my teammates, the coaches, whoever would listen to him. He’d make fun of my clothes, the way I spoke."

"He was two years older than me and a rising star, and he wielded his power over me like I was nothing -- like I was subhuman."

Aliu also says Downie and other teammates tried to strip him naked on the back of the team bus with other rookies as part of a hazing ritual ... but Akim refused.

Because he refused, Akim says Downie "shoved his fiberglass stick through my mouth."

"I lost seven teeth in half a second. Blood gushing down."

Akim says he felt forced to drop his gloves and fight Downie in an effort to save face in front of his teammates.

Akim goes directly at Downie in the article -- saying, "I went through hell at the hands of a racist sociopath."

"I don’t really give a crap what he thinks about the way I just described him. I’d say it to his face today."

"He had nothing but hate in his heart back then. He looked at me and saw a black boy with a weird accent -- and didn’t like me because of it. I was attacked because of the color of my skin. I knew it then. And I know it even more now."

31-year-old Aliu has previously made headlines for exposing several horrible racist incidents he was forced to deal with on his journey through the hockey ranks .... including blackface costumes and n-word rants by team officials including former Calgary Flames head coach Bill Peters.

We've made repeated efforts to contact Downie for his side of the story -- reaching out his former agent, calling numbers connected to him and even trying to contact him through social media.

So far, Downie has not publicly commented on the allegations -- but if he does, we will include that in this post. 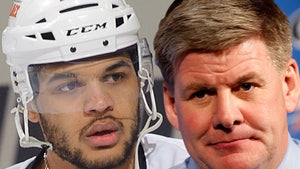 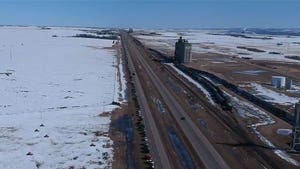