College towns in the U.S. are biting their fingernails at the prospect of students being kept home for the upcoming fall semester, including one prominent California university ... UCSB.

We called up several small businesses operating in the bordering campus neighborhood of Isla Vista, and they all pretty much told us the same thing ... they need kids to come back to school this fall, or else they'll have little to no clientele and, more importantly, employees.

Take Woodstock's, a famous pizza joint around there. A manager tells TMZ that a vast majority of their workforce is made up of students, and if they're told to stay home when September rolls around ... there won't be enough staff to man the ship throughout the year.

That, obviously, could spell trouble for keeping the business afloat. Not only would there be a reduced staff, but there'd also be virtually no one to sell the food to if students vanish.

Ditto for Rockfire Grill -- they tell us 80% of their employees are students, and they put it bluntly ... no students, means no business. They're now ramping up marketing efforts to reach folks outside of UCSB's immediate vicinity ... perhaps in Goleta or Ventura, perhaps.

Funny enough, one store that's doing well is Isla Vista Bicycle Boutique, which says tons of people are buying their bikes right now. They do acknowledge though ... if students aren't around in the fall -- they too will be hurting financially, as they rely on those customers.

It's a problem that probably applies to several colleges and neighboring towns. And, with UCSB still undecided on what to do, it could mean at least 3 months of a ghost town. 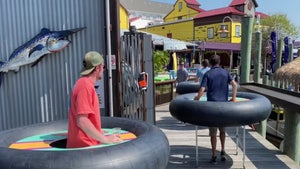 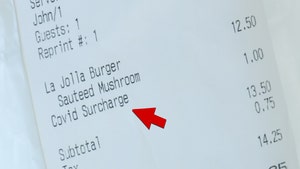