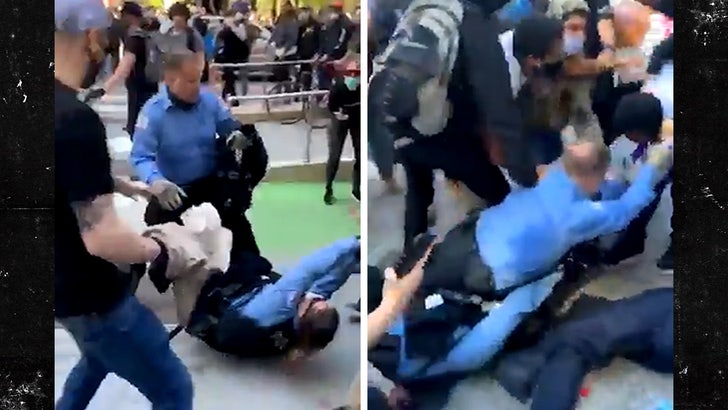 It's clear now that protesters are NOT afraid of physically clashing with police, and it's also clear ... cops don't always have the upper hand, like these two Chicago PD officers here.

Check out this chaotic scene that was captured and posted Saturday out in the Windy City, where a couple of cops got into it with a swarm of protesters that had gathered around them following some sort of physical altercation with at least one of them.

That led to pretty much everyone else standing by to get in on the fracas by yanking the two officers off and away from the guy they appeared to be detaining. Literally ... they full-on stripped them back, and then DRAGGED one of the cops for a good 7 or 8 feet.

BTW, the cop that got dragged appeared to be a woman. What's even crazier is that it was other protesters that jumped in to finally break it up and actually form a protective circle around the 2 policemen. Good thing they did too -- those folks looked ready to pounce.

Chicago's just one of the latest cities to undergo these violent clashes -- they're happening in just about every major city in the country right now ... and it ain't even fully dark yet.