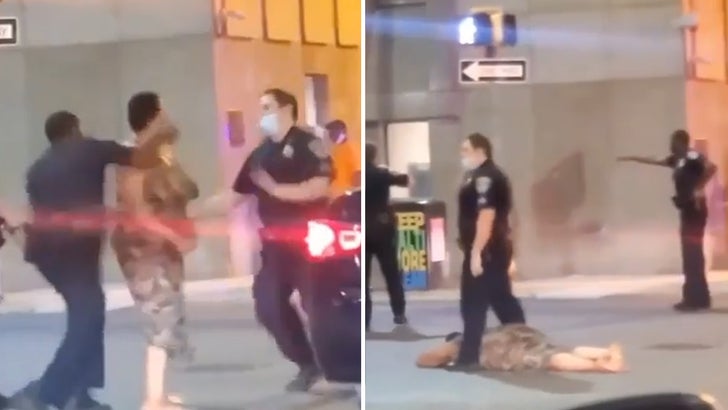 A cop in Baltimore got a little more than handsy with a woman after she started smacking around one of his fellow officers ... leaving the woman out cold on the street.

The wild incident went down when the woman argued with a cop Friday night as officers appeared to be clearing traffic or doing protest crowd control. She was clearly fed up with talking, and turned around and straight-up smacked the cop hard across the face, which he just took at first.

Then, she wound up for a second go and unleashes ... this time landing a punch. That's when his cop buddy, standing behind her, lets his own hands fly, striking her in the face and knocking her out cold. Both the woman and the cop who hit her are black.

As she lays motionless in the street ... bystanders who saw the incident started surrounding the cops, calling out the officer who hit her. More cops quickly responded and set up a perimeter to block off the crowd. 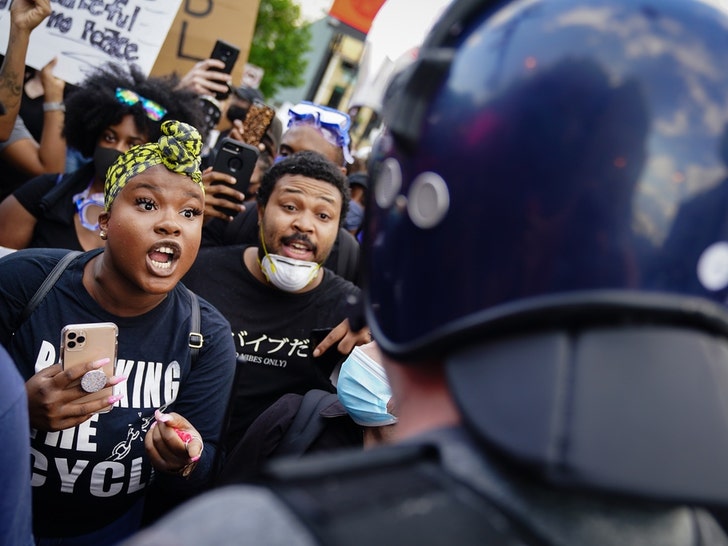 The woman was eventually cuffed and arrested, and police say she was taken to a hospital for treatment.

Baltimore PD tells us, "Commissioner Michael Harrison viewed the video and ordered an immediate investigation into this incident by the Department's Special Investigations Response Team unit which is part of the Public Integrity Bureau. The Deputy Commissioner for PIB has directed a full review and has suspended the officers police powers during the investigations."