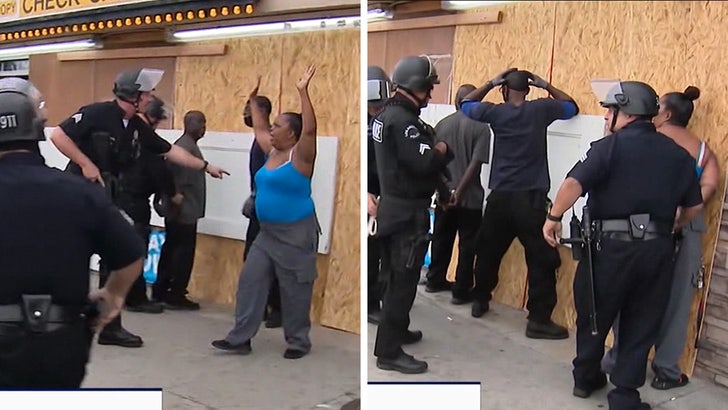 6:26 AM PT -- The woman in the blue shirt at the center of the video -- her name is Monette -- later explained to the Fox11 reporter what happened ... and why she wasn't going to let looters get into the liquor store owned by her longtime friend. 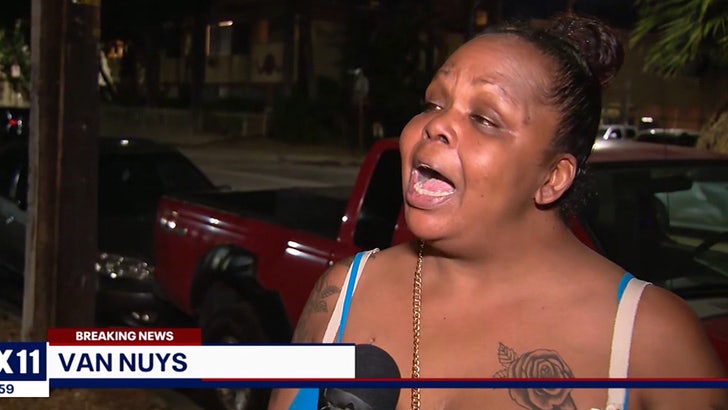 Monette says her husband and brother-in-law were detained along with her before cops realized they were trying to help. Monette adds that she understands what these protests are all about and supports them ... but she doesn't want her community destroyed. She warns, though, that there will be further unrest until justice for George Floyd is served.

It's one of the most incredible things so far to play out on live TV following the brutal killing of George Floyd.

Several people who were protecting their community liquor store from would-be looters were grabbed, put up against a wall and cuffed ... and it might even underscore the root problems that have been festering for decades.

As you see in the video ... an African-American woman tries to protect the store. She's a community leader who was trying to restore peace, and she was joined by one or two people who either owned or worked in the store.

There were people right in their faces, and it's reasonable to believe the store was in danger. The woman ran for help, calling out for the police. When they came, they targeted her. The reporter, Christina Gonzalez, from Fox11, was pleading with the police to let them go, explaining they were not the looters. The police, who knew Christina well, were unmoved, at least temporarily.

Words don't do this justice ... watch the video. 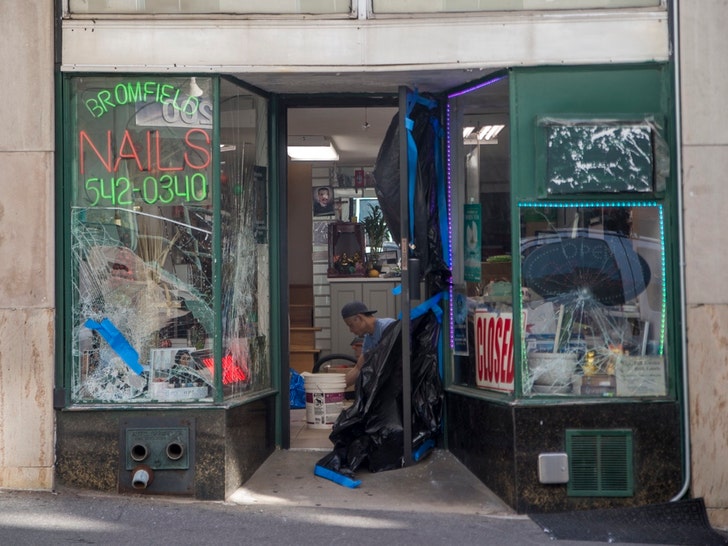 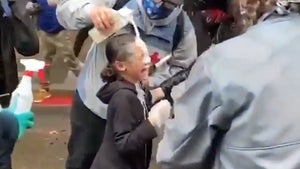