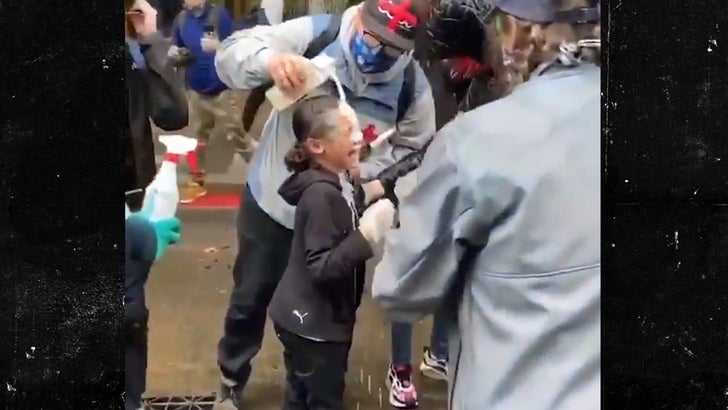 A Seattle police officer has been accused of using mace on a little girl -- and video of the alleged aftermath is gruesome ... it's also something the department is now investigating.

The incident went down over the weekend during the George Floyd protests. You don't see any macing happening on camera, but what you do see is a young girl crying out in pain with her eyes closed shut as her parent tries to comfort her.

People around her also rush to help -- one guy immediately comes over and starts pouring milk over the kid's face (it's supposed to help neutralize the tear gas) but it obviously wasn't enough to stop the pain right away. The girl continued to cry and shriek in agony.

Afterward, someone filming the encounter approached a group of bike cops standing nearby -- and he gets in the face of the alleged mace user ... an officer wearing a helmet and glasses, who's also rocking a mustache. He doesn't speak, doesn't even make eye contact.

People on the ground also claim the guy refused to give his name or his badge number in order to identify himself. 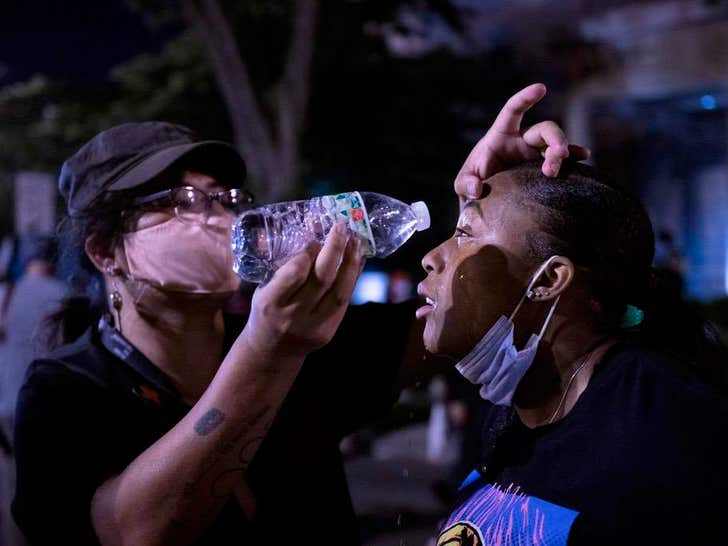 It's unclear if the officer the camera ended up focused on was the alleged culprit or not, but the Seattle Police Department has said they're looking into the claims in question.

A rep for the department says, "Uses of force, including pepper spray, during the demonstrations will undergo a high level of scrutiny and review by the chain of command. This incident in particular has been referred to the (Office of Police Accountability) and an investigation has commenced."

No word if this cop is still out on the streets, or if he's been reassigned. 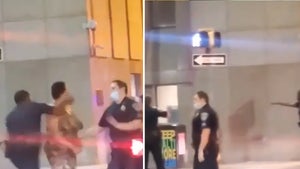