San Francisco's Golden Gate Bridge sounds like a nonstop Halloween attraction right about now -- because it keeps on howling anytime there's a breeze ... and it's freaking people out.

The iconic structure has been making A LOT of noise lately, and Twitter took notice Friday ... with Bay Area residents filming a drive/ride-through along the bike paths. Basically, there's a constant loud humming sound emanating throughout -- which can be heard for miles.

Anthony J.:
“Engineers designed new sides for the sidewalk to help with wind resistance but didn’t take into account the EXTREME sound it creates when wind passes through it. The bridge sings crazy songs now it’s so trippy. It hurts the ears and unbearable it’s that loud.” pic.twitter.com/GWdVia1GNS

No, it's not ghosts or spirits that have been conjured up from the waters below ... it's just the wind making contact with some fancy new devices local engineers just put in. They're new railing slats covering the edges of the bridge -- to help fight off wind resistance -- and when gusty air rolls through (which is pretty much always there) ... this is the end result.

THANK YOU!!!! Here’s the sound from Land’s End pic.twitter.com/JjEWy6zrlX

So, yeah ... the bridge is plagued by this eerie singing/siren calling for the time being. Doesn't look like city officials have addressed a fix for now -- but something tells us if enough people complain, they'll have to do something. 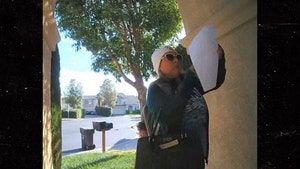 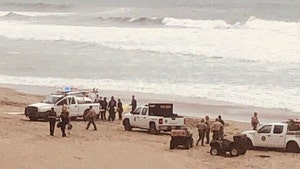