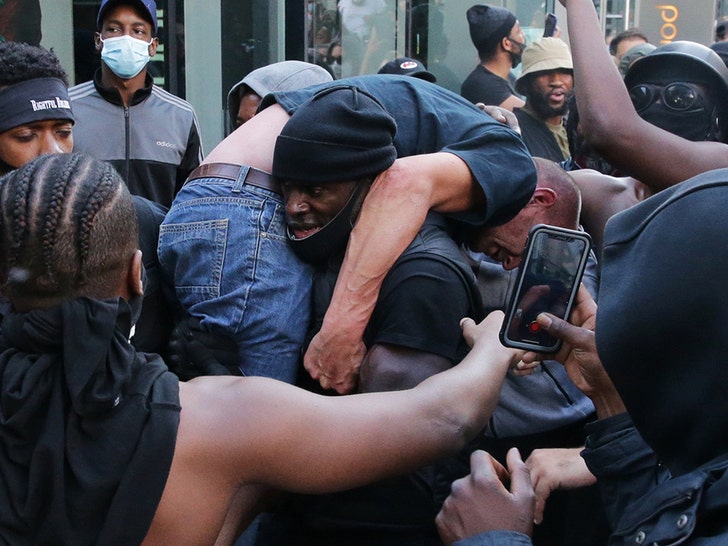 A Black Lives Matter protester lifted an injured white, counter-protester up onto his shoulders and carried him to safety ... and the images are striking.

Saturday proved another day of demonstrations in London, with many taking to the streets to decry the death of George Floyd and to support BLM. At the Waterloo train station, they were met by a reported group of far-right counter-protesters ... and things got ugly.

Videos began circulating online of some of the counter-protesters getting whooped on by some of the BLM protesters. Cops were on the scene as well trying to maintain order, but it was mostly utter chaos.

Thanks Labour ... this is at your door #Waterloo pic.twitter.com/9WOF77mcha

Now, local reports say this guy being carried was one of the dudes on the steps leading up to the Royal Festival Hall. Apparently, he'd suffered some type of head injury before a black man with the BLM crowd stepped in and swooped him up.

He and at least one other protester escorted him through the crowd and whisked him out of the area. It's unclear if the guy received medical attention or not, but him being carried to safety in itself is incredible to see.

A protester carries an injured counter-protester to safety near Waterloo station.