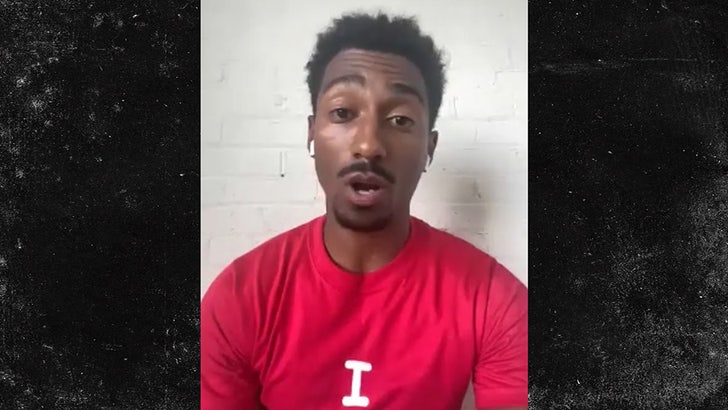 Khaled Abdelghany went viral for joining a protest chant during a George Floyd demonstration, and while he'd do it again ... he also wants people to know he's proud to serve in the military.

The D.C. National Guard member tells TMZ ... he was never worried about choosing a side when he chanted, "I'm black and I'm proud," at the May 30 protest, because he says it's true and always has been for him.

He says at the time, he was moved by hearing someone speak at the protest, and wanted to be part of a positive movement ... even though he acknowledges the situation is not as simple as black and white.

Khaled says it's conflicting because he understands what American citizens are feeling and he agrees, but he also has a duty as a guardsman to serve alongside his military brothers and sisters ... many of whom are also people of color.

And, on that note ... Khaled points out there are countless black people in uniform who have used their position and their voice to push for progress and positive change, as well.

Translation: the rank and file are with you, not against you.