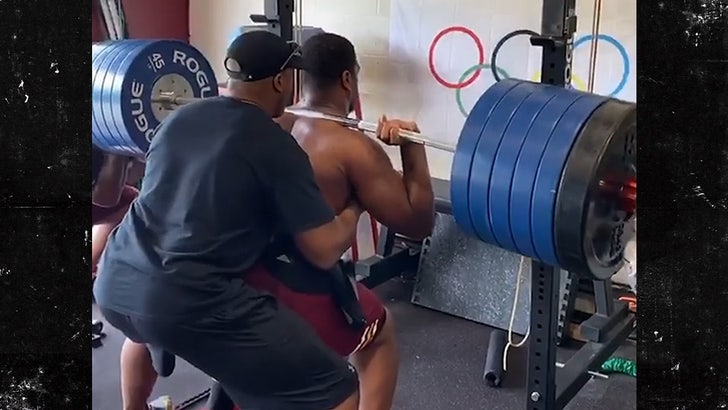 Ever seen a dude squat 585 pounds and get clowned over it?!?!

Welcome to the NFL ... where Washington Redskins star Jonathan Allen just threw around an inhuman amount of poundage -- only to get ripped by a former teammate hilariously.

Here's the deal ... Allen -- a former first-round pick -- loaded up his bar with nearly 600 pounds during a workout Tuesday and squatted it five times.

The feat was pretty unreal ... but the fact that he didn't break parallel clearly caught ex-Redskins DL Ziggy Hood's eyes -- 'cause the dude comically went off on Allen for the lift!!!

"Jon what are we doing here." Hood asked. "We quarter squat with a spotter holding on like a prom date photo."

To his credit, Allen took the jokes in stride ... and fired back, "Do you play football with your ass below your knees.... nope."

We love the banter ... and if we gotta input our two cents -- the squat was probably a little too high if we're scoring at home.