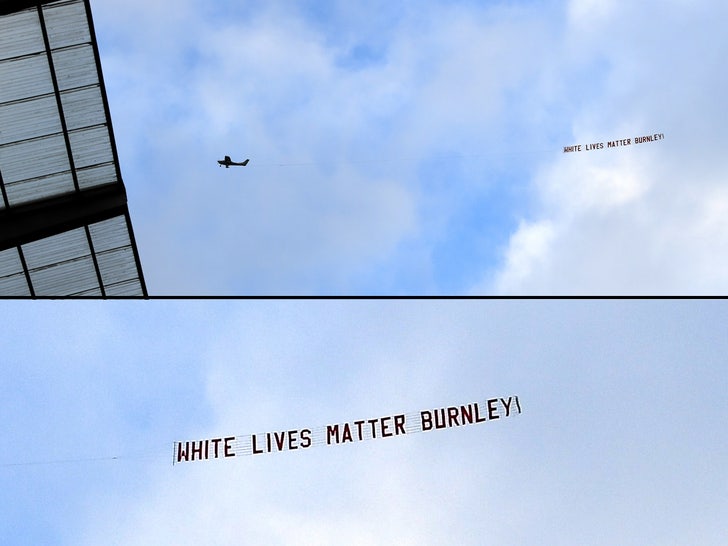 The scene was disturbing ... just minutes after players took a knee to show support of the Black Lives Matter movement -- the plane circled around Etihad Stadium in Manchester, England.

Reports say the banner was visible for several minutes ... and players -- who have all decided to replace their last names on their jerseys with the words "Black Lives Matter" -- said afterward they were sickened by the message.

Now, cops have vowed to launch a probe into the matter ... writing in a statement Tuesday morning, "We are making enquiries to establish the full circumstances surrounding this incident."

"We will then be in a position to make an assessment as to whether any criminal offences have taken place."

Burnley's officials also condemned the banner -- which was allegedly paid for by a Burnley fan -- writing in a statement of their own, "This, in no way, represents what Burnley Football Club stands for."

"We will work fully with the authorities to identify those responsible and issue lifetime bans."

Burnley star player Jay Rodriguez added after the game, "We as a group of players condemn it, we're ashamed, we're embarrassed." 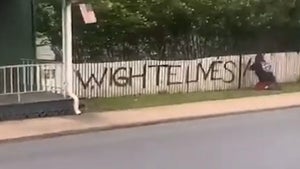 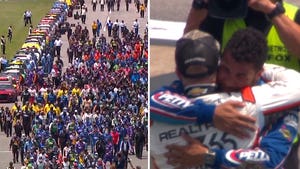