Tony Dungy says he's done calling the Washington Redskins by their nickname ... explaining, "If the team doesn’t want to change, the least I can do is try not to use it."

Besides being an NFL Hall of Fame coach, Dungy is also part of NBC's "Football Night In America" ... the pre-game show for the biggest game of the week.

In other words, Dungy has a HUGE platform -- and he intends to use it to push for Washington to change its name.

"It’s not hard to change the name," Dungy told ESPN's William C. Rhoden. "When I’m on the air, I try to just refer to them as Washington. I think it’s appropriate."

Dungy's comments come in the wake of the National Congress of American Indians -- a powerful org. that represents more than 500 tribal nations -- deeming the team name offensive and calling for NFL Players to boycott.

NCAI president Fawn Sharp said just last week -- "It’s time for the players to rip down that name like it was a statue of a Confederate general in their locker room."

Pretty strong stuff -- especially since Washington had long argued that Native Americans were cool with the team name.

Can't hide behind that argument anymore.

Despite the pushback, Washington head coach Ron Rivera still isn't on board with a name change -- at least not yet -- arguing on a radio show earlier this week it's "always been a part of football."

Dungy disagrees, saying, "You can say, ‘This has been a historic name and we’ve used it for this team for X number of years, but in this day and age, it’s offensive to some people, so we’re going to change it.'" 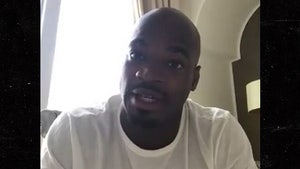