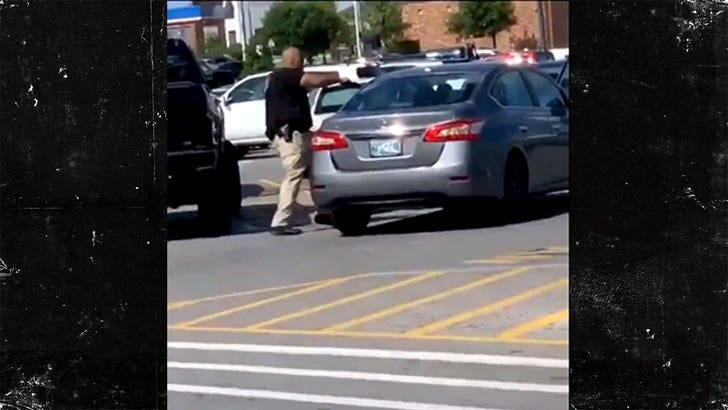 A BBQ will get you shot at a Del City, Oklahoma Walmart ... that is if you dare to steal one.

It's hard to believe watching the video, but an off-duty officer from a college police department happened to be at the superstore and decided to take the law into his own hands after spotting a customer allegedly making off with a BBQ without paying.

As the customer and the cop get into a scuffle in the parking lot, you see the customer in the driver's seat back up while the cop is close to the vehicle. That's all it took for the officer to fire off 11 rounds.

Remarkably, the customer wasn't killed, but he was taken to a local hospital. It's unclear how many times, if any, he was hit. He is reportedly in stable condition.

As for the cop ... he's a member of the Langston University PD. His department says they are cooperating with the Del City Police Dept. which is investigating.

BTW ... cops say the man who was shot at had a receipt, but still left the store without paying for everything in his shopping cart.