Gross laundry rooms, worms on the floor and maybe even bed bugs.

Those are some of the issues WNBA players are allegedly dealing with at their bubble environment lodging in Florida -- but now the league says its handling the problems.

Players began arriving to Bradenton, Florida this week to resume their shortened 22-game season at the famous IMG Academy ... but almost immediately some disturbing videos of the housing situations began popping up online.

ESPN producer Kayla Johnson posted a video of a busted-looking laundry room with a mousetrap on the wall. WNBA player A'ja Wilson said on Twitter the video is authentic.

What appears to be a worm found on the floor of one of the rooms pic.twitter.com/WRZYTxdbGo

Another video showed a gross-lookin' worm on the floor of one of the rooms.

ESPN also says players have complained about a broken bed, faulty plumbing and sub-par food options. There were also complaints about bed bugs but ESPN says exterminators were called in and found no signs of the pests.

Now, the WNBA says it's taking action -- "We have been working closely with IMG and the Players Association to address issues players have expressed about one of the housing locations on campus."

"IMG is accommodating all player requests regarding these issues, including moving players to other accommodations."

The good news ... it seems most players are having a positive experience in the bubble -- with nice housing situations and quality food.

In fact, several players have posted on social media about how nice their situations are ... including the food. 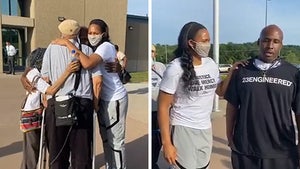 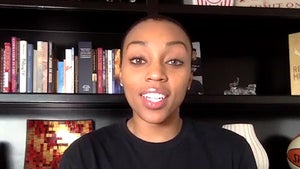