A passenger on an Alaska Airlines flight threatened to kill everyone onboard in the name of Jesus ... and the horrifying outburst was caught on camera.

The in-flight incident went down Saturday night on a flight from Seattle to Chicago, with an unruly passenger walking the aisle and screaming, "I'm going to kill everybody on this plane. Die in the name of Jesus!!!"

Fortunately, flight crew and 2 other passengers swiftly subdued the man after his outburst and no one was injured. It's unclear what led to the threat -- but you can see the fear on other passengers' faces as the man yelled.

The incident played out about 20 minutes into the flight, and the plane was forced to turn around for an emergency landing back at Seattle-Tacoma International Airport.

Once back on the ground, Port of Seattle Police took the man into custody and he was booked into King County Jail for harassment.

The guy ruined a lot of people's travel plans ... the flight was canceled and everyone was booked on the next available trip to Chicago. 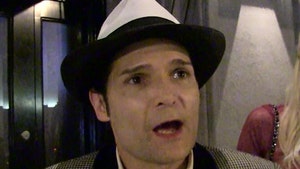 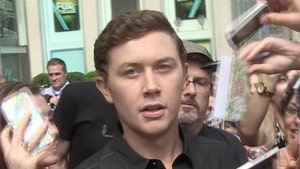 You Might Want to Rethink Crime & Arrests Ride Me Controversial S#!T