11:38 AM PT -- The Texas Department of Public Safety tells TMZ Sports ... Mazion was travelling in his 2010 Cadillac STS at around 9:40 p.m. when, suddenly, he crossed the center median into oncoming traffic.

It's unclear to law enforcement what caused Mazion to go off course ... but officials say he struck the rear quarter panel of a Nissan Sentra before ultimately colliding head-on with a Honda Pilot.

9:00 AM PT -- Oscar De La Hoya's Golden Boy Promotions has issued a statement saying, they're "deeply saddened by the tragic passing" of their fighter Travell Mazion.

"Mazion was a kind, charismatic young man who lit up every room he walked into and brought excitement to fans inside the ring. We send out heartfelt prayers and thoughts to his family. May he rest in peace."

Details about the crash are unclear -- we're working on it.

Mazion was 17-0 as a pro -- most recently defeating Fernando Castaneda at the Alamodome in San Antonio back in January.

It was an impressive 58-second victory for Mazion -- who won the NABF 154 pound title in the process.

Travell was a talented guy with tremendous potential. He was once backed by NFL star Von Miller.

Tributes are already pouring in from the boxing world.

"For those who don’t know him or never met him, he was a very talented boxer and one of the coolest people I knew. Always enjoyed watching him fight. Love you bro, watch over us." 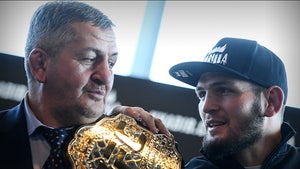 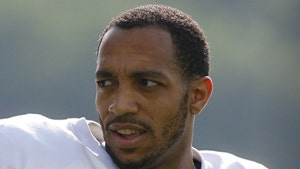