A former Honolulu police officer will spend 4 years behind bars ... after forcing a homeless man to lick a public restroom urinal or risk an ass-whooping.

John Rabago was sentenced Wednesday and got a scolding from U.S. District Judge Leslie Kobayashi, who told the ex-cop, "You took from him his only possession: his dignity as a human being."

Rabago and another ex-officer, Reginald Ramones, found the homeless man inside the stall of a public restroom after responding to a nuisance complaint in 2018. Rabago threatened to beat the crap out of the homeless man and stuff his face in a toilet if he didn't lick the urinal. Rabago's also accused of stepping on the man's legs to keep him on his knees until he complied with the disgusting demand. 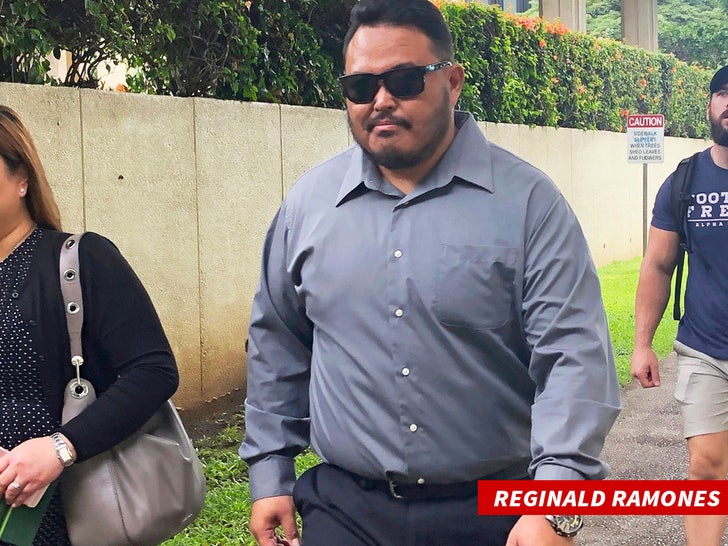 Assistant U.S. Attorney Tom Brady (yeah, it's a pretty common name) said Rabago initially laughed about the incident and later denied it happened. Rabago's also accused of telling Ramones to delete text messages about the incident. Brady said, "To be homeless, not knowing where your next meal is going to be, to be forced to lick ... a dirty urinal by a uniformed police officer. There's only one word that comes to mind: hopelessness."

Rabago's defense attorney, Megan Kau, said she and her client expected to get 3 years in prison. But 4 years in prison ... she says "I think [the judge] is taking the national environment and making him as an example."

The attorney for the homeless man, who's also suing Honolulu PD and the city, said his client is "pleasantly surprised that the court punished him appropriately."