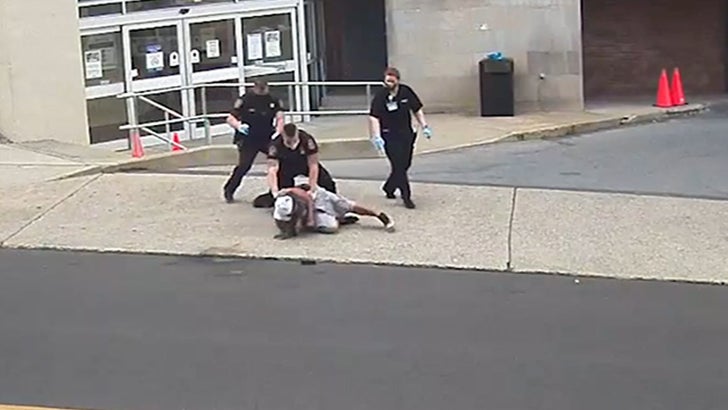 The Pennsylvania cop who appeared on video to put his knee on a man's neck didn't commit a crime ... this according to the Lehigh County District Attorney Jim Martin.

Martin said, "Based upon my review and the totality of the circumstances surrounding this event, I have concluded that there is absolutely no evidence to support filing criminal charges against either of the Allentown police officers involved in this incident."

He went on to say, "I am satisfied that given Mr. Borrero's obvious intoxication and his actions, he was clearly a danger to himself and potentially to others."

Martin said he assigned several detectives to investigate. He says the detectives interviewed the man and he revealed he was a heroin addict who ingested powder cocaine and did so just hours before the altercation.

As we reported ... a man was driving in Allentown Saturday when he saw cops trying to subdue the man. A few seconds into the video, the officer seems to employ the type of neck restraint that killed George Floyd. The police department had recently banned the use of chokeholds and other neck restraints.

Allentown PD had said the man yelled, screamed and spit at officers and hospital staff before they were finally able to restrain him.