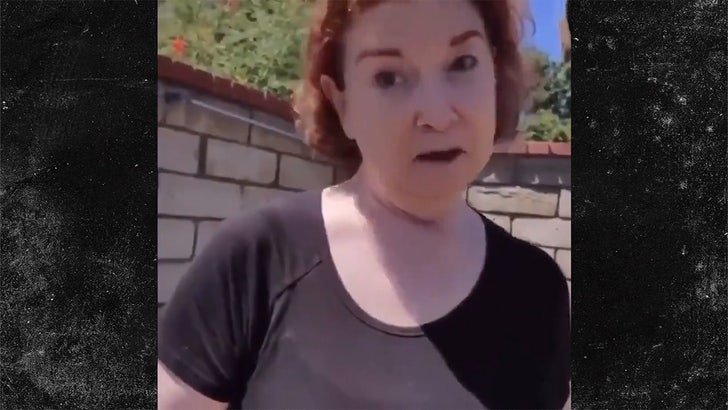 This is really disgusting ... a California woman blocked a landscaper from doing his job as she refused to move out of his way until he produced papers showing he was in the U.S. legally.

She just stands there, repeating her demand that he show her his papers.

The landscaper, Juan Andrade, claims she's harassed him before, allegedly telling him to go back to his country. He says this time he wanted to get it all on video ... and he did just that.

Juan was trying to mow the lawn at the Rancho Mirage apartment building ... just outside of Palm Springs. He's been a landscaper there for 10 years, but that didn't matter to Karen, who planted herself firmly and refused to move, all the while asking him to show proof he was in this country legally.

Again ... Karen knew she was being recorded, but that didn't stop her one bit from acting like a rogue ICE agent.

Juan thinks Karen won't apologize because he believes in her head, she did nothing wrong.