3:41 PM PT -- A spokesperson for the Asheville PD says Ruit has died after succumbing to her injuries.

A North Carolina woman who recently went viral for going on vile, racist rants -- and was later arrested for assault -- is now fighting for her life after a bizarre accident involving a fire truck.

Rachel Dawn Ruit was struck by an Asheville Fire Department pickup truck Monday afternoon after stepping out in front of traffic ... according to a witness.

Asheville PD says Ruit is "suffering from life threatening injuries" and is at the hospital in critical condition. The accident is being investigated. 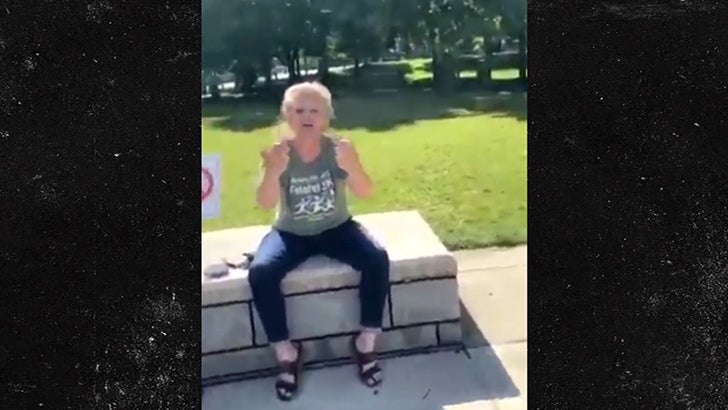 Ruit is, unfortunately, otherwise known for appearing in multiple videos in downtown Asheville spewing racism ... and for her July 4 arrest for allegedly attacking both a woman in a hijab and a Black teenager.

Ruit allegedly ripped off the woman's head covering and grabbed the teenager in the groin. She was arrested and charged with simple assault, disorderly conduct and second degree trespassing.

Before her arrest, Ruit made news after people posted videos of her from June 13 and July 1 going on racist tirades. During the July 1 incident, witnesses claim she tried to attack a child and cops were called several times ... but never showed up.