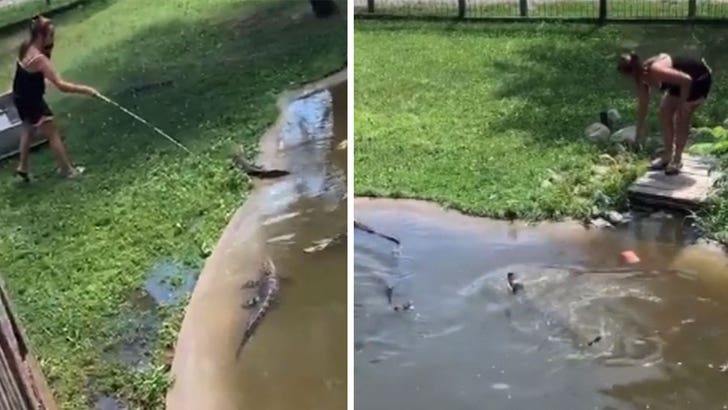 A woman climbed into an alligator pit with her young son, who wandered freely near dozens of gators while she tried to fetch her wallet ... and a bunch of kids watched in horror.

The wild scene played out at Safari North Wildlife Park in Brainerd, Minn. with stunned onlookers watching the mother and son risk life and limb. As you can see, the woman's wallet was floating Saturday in the middle of a small pond, chock full of gators ... and her daring son was dangerously gung ho to get it back.

The kid came up empty, but momma stormed in to make the rescue -- and about the only smart move she made was figuring out a way to distract the sharp-toothed animals long enough to grab her floating wallet.

Fortunately, mother and son survived, so we can all have a good laugh now about someone else's kid yelling "s*** happens" to sum up the adventure.

The zoo's not laughing though.

Sources close to the wildlife park tell us staffers did not know about the incident until the video started going viral, and park honchos are very disturbed. We're told the zoo wants to press charges against the woman for child endangerment, if she's identified.

One particular thing ruffling the zoo's feathers -- we're told the park has fences and signs not only to protect guests, but also the animals. 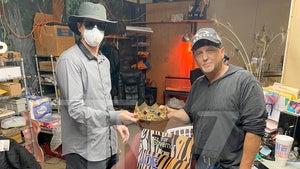 You Might Want to Rethink Insane Videos Exclusive Details Viral