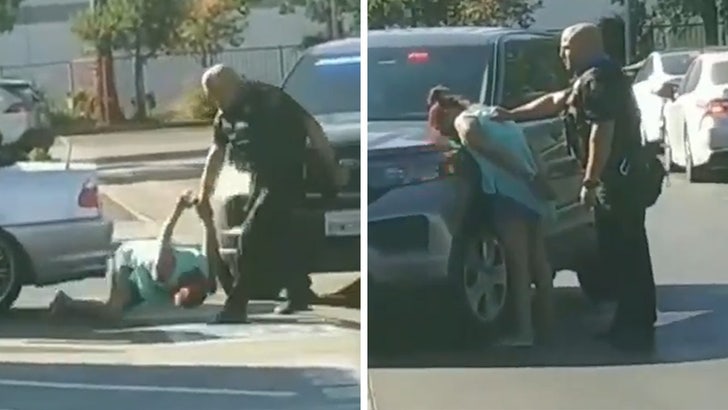 A San Jose cop has been benched after dragging a woman across a parking lot face first.

It went down at a McDonald's parking lot. A Door Dash driver recorded the brutal arrest while it was already in progress. You see the cop kick the woman -- who is already on her knees. Then, as his partner aims his gun at her, the cop tackles her to the ground and drags her a good distance. Mind you ... she was already handcuffed.

You hear children in the woman's car crying as McDonald's customers scream at the officers to stop.

Retired judge LaDoris Cordell, who has heard use of force cases, told CBS San Francisco, "If anyone wanted a prime example of use of excessive force by a police officer, this incident is one."

The San Jose PD released this statement ... "Officers used force during the arrest after the suspect failed to comply with their commands. The department has initiated an internal investigation into this incident."

The woman was booked on charges of driving on a suspended license, possession of drug paraphernalia and resisting arrest. The cop has been placed on administrative duty pending an internal affairs investigation. 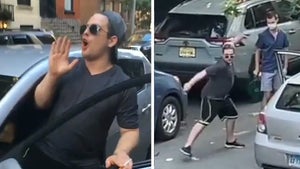 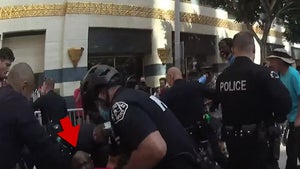