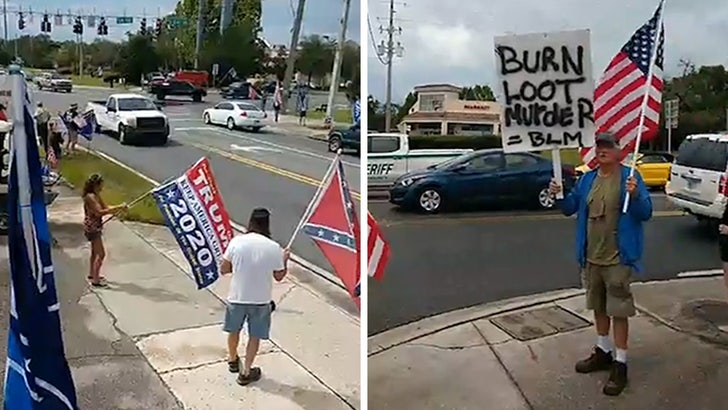 A group of angry Trump supporters went on a tirade against a handful of black lives matter protesters, with the leader of the group declaring, "You're racist against my white heritage."

It's an ugly scene that played out in Keystone Heights, Florida, where 4 BLM protesters were across the street from the Trumpers. The group waving "Trump 2020" flags, along with some confederate flags, were taunting the protesters.

And, there's more -- a lot more. There's a man holding an American flag in one hand and a sign in the other which says, "Burn Loot Murder = BLM." 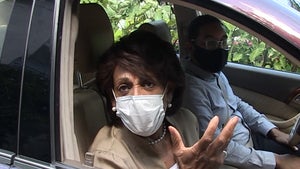 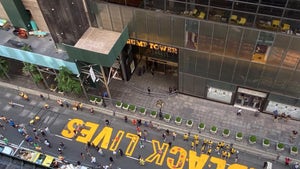