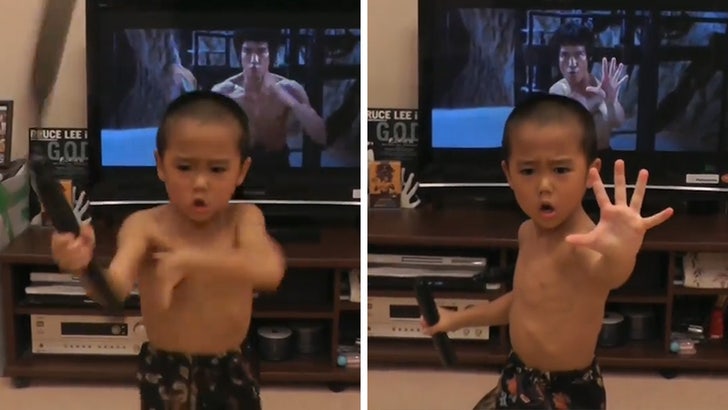 Bruce Lee might be dead, but his spirit is very much alive in this little boy from Japan ... who knows one of the legend's insane nunchuck movie routines like the back of his hand.

Meet Ryusei -- a legitimate Kung Fu prodigy who's obsessed with all things Bruce ... including his famous fight scene from "Enter the Dragon," where he's swinging around the chucks like the master martial artist he was. Turns out, Ryusei wasn't too far behind him .... at age 5!!!

The clip you see here was shot a while ago, but it shows the kid with his back turned to the movie playing in the background. As Bruce starts chuckin', so does Ryusei ... who's completely in sync with the routine, damn near perfectly. It's pretty wild to see it play out.

Since then, the kid only appears to have gotten better at his craft -- he's got an IG page ... at age 9 now, he looks like he could be just good as Bruce was in his prime. He may be better by that age, in fact ... Ryusei is already sparring with fully-grown adults and holding his own.

His high-level ability -- and the natural comparisons to Bruce -- is definitely something his parents play up. It looks like they post a ton of side-by-side shots of Ryusei with the late legend, and they even went out to Bruce's gravesite in Seattle to pose for a photo-op. 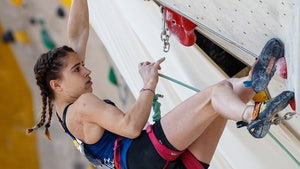 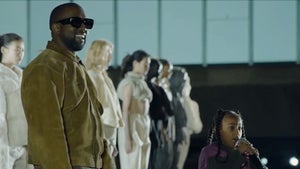