7:08 AM PT -- One of Stollings' assistant coaches, Nikita Lowry Dawkins, has also been fired in wake of the former players' allegations ... a Texas Tech spokesperson told USA TODAY on Friday.

More than 10 ex-Red Raiders made the allegations in a USA TODAY report this week ... with some saying Stollings was so abusive, they described some of her acts as "torture."

Several of the women claim Stollings (who took the head coaching job in 2018) and her staff berated them constantly, calling players things like "trash," "disgusting" and "fat pig."

Other former players say Stollings forced them to play through injuries ... and even developed a heart rate monitoring system for games in which players were punished if they dipped below a certain level for just a few minutes.

Things were allegedly so bad, 12 of 21 players had left the program over the past 2 years -- including 7 recruited under Stollings.

One ex-Red Raider, Emma Merriweather, says during a meeting with Stollings' strength and conditioning coach ... she was forced to step on a scale and then berated over her weight.

"I was just so embarrassed," Merriweather said of the incident. "I think that might have been the most embarrassing moment of my life."

Merriweather claims she went on to have a panic attack later in the day over it all.

"A lot of these girls had never experienced depression or extreme anxiety before they came to Tech and they experienced it with Marlene,” Merriweather said. “Coach Marlene was evil and manipulative and vindictive in a quiet watered-down manner, so you can’t outwardly say, 'This person is evil.'"

"That woman is a millionaire off being evil."

Other players say Stollings' strength and conditioning coach made sexual comments toward them ... and one former Red Raider accused the man of touching her inappropriately under the guise of a recovery exercise.

Earlier this week, Stollings had released a statement defending her team's culture, saying, "Our administration and my staff believe in the way we are building and turning this program around here. Our student athletes are developing a disciplined approach both on and off the court."

Initially, school athletic director Kirby Hocutt defended Stollings' program as well ... but in a statement Thursday night, he said he was firing the 45-year-old coach, and promised to reveal more details in a news conference Friday. 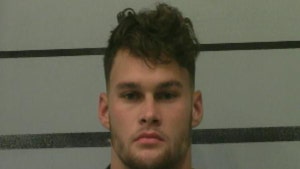