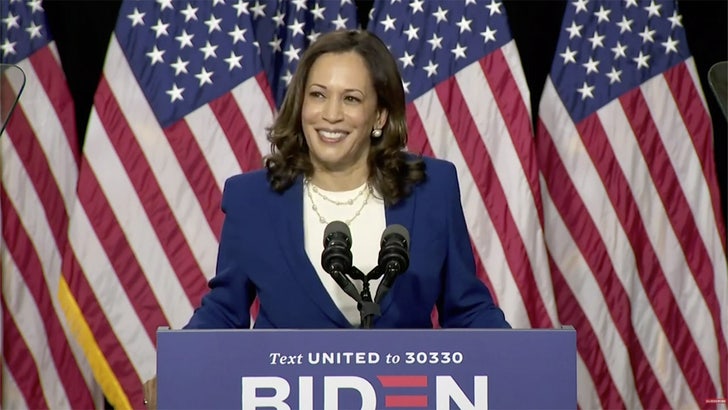 Joe Biden just introduced his new running mate, Sen. Kamala Harris, and her first speech as a potential VP went off without a hitch ... and sounded as good as one could've hoped for.

Joe and Kamala made their official debut as the faces of the Democratic ticket Wednesday in their first joint press conference out in Wilmington, Delaware. After Joe got through a fairly moving speech himself about why he chose Kamala and what he expected of her ... he let her speak for herself, and boy she did not disappoint.

Check it out ... Kamala was polished, firm and in command of her talking points as she bashed Donald Trump and Mike Pence's failure of leadership ... while at the same time propping up Joe and eloquently explaining what their administration would bring about.

She also discussed her own upbringing from immigrant parents -- one from Jamaica and another from India -- and how that has shaped her own life path and decisions ... leading her to where she is today. Kamala said her parents met during the Civil Rights movement, and used to bring her out to protests in a stroller -- which she said is being reflected again now.

She rattled off the different groups of Americans that she said she hoped to represent and fight for if she and Joe are elected into office come November -- and she made clear what a Biden White House would look like for America ... drawing a stark contrast to Trump's term.

It's the stuff of movies, really, how well this joint presser went -- and if we do say so ourselves, Joe knocked it out of the park with his choice here. She held her own fantastically.

Biden's historic choice makes Harris the first Black woman to join a major party's Presidential ticket -- and she's the first candidate of Jamaican and Asian descent. Her parents were Indian and Jamaican immigrants.

.@KamalaHarris is the daughter of proud immigrants—a mother from India and a father from Jamaica—who raised her to take action.
That’s exactly what this moment calls for: action. And we hope you’ll take action with us: https://t.co/K3mVwfTxXJ pic.twitter.com/MZLAx9IN6C

Harris is also only the third woman to be selected to join the ticket as VP for a major party ... behind Alaska's Republican Gov. Sarah Palin and NYC Democratic Rep. Geraldine Ferraro.

As we reported ... it appeared Biden was all but going to pick Harris, when back in July a reporter got a peek at his cheat sheet during a news conference that included Harris' name with the words ... "don't hold grudges." The "grudges" note is in reference to their first debate, where Harris attacked Biden for his stand against school bussing ... something Harris benefited from during her school days.

Harris would go on to endorse Biden in March after she suspended her own presidential campaign. Biden's announcement has already paid dividends, literally.

It had processed $2.3 million those same four hours on Monday, suggesting a $8.5 million Biden windfall.

Campaign says it is biggest day for grassroots $$$.https://t.co/hNWUc4VA1O

In the hours after announcing Harris as his running mate, he reportedly raised more than $10.8 million in donations. He'll try to capitalize on that momentum when they appear together later this evening for a virtual fundraiser. 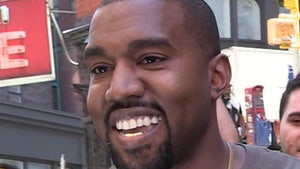