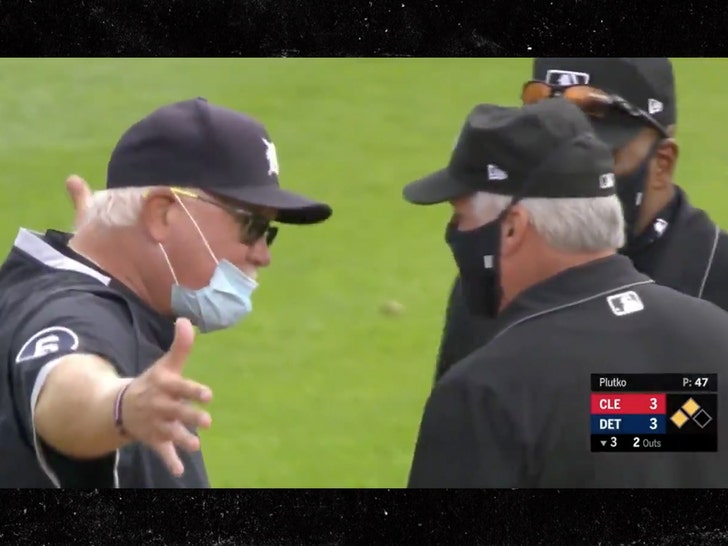 Detroit Tigers manager Ron Gardenhire was thrown out of a game Sunday in an epic F-bomb laced rant ... and the whole glorious incident was caught on a field's hot mic!!!

Ron G was furious with 1st base umpire Tim Timmons during the Tigers' game against the Cleveland Indians ... after Timmons overturned a call in the 3rd inning that negated a Detroit run.

Ever wonder what it actually sounds like when an ump ejects someone? Glad you asked!

Umpire Tim Timmons got caught on a hot mic when ejecting Ron Gardenhire and it is priceless. (Audio up!)#Indians #Tigers pic.twitter.com/wXcV427cUX

Gardenhire was fuming over the ruling ... and when the 62-year-old manager came out to complain to Timmons -- field mics picked up part of the ump's clapback.

"Hey!" Timmons could be heard screaming at Gardenhire. "I didn't f*ck it up!"

Then, Timmons' ejection of Ron was picked up on mics as well ... with the ump clearly screaming, "Get the f*ck out!!!"

Cleveland's broadcast team couldn't help but comment on the profane tossing ... with one of the guys saying, "Oh! Easy, Tim!"

The best part of the whole scene? Other camera angles showed the umps made Gardenhire pull up his mask during the heated argument!!!

Umpires made Gardy cover his nose to continue yelling at them 😂 (@kcchia80) pic.twitter.com/Vj1Vhr82Z6

Of course, with no fans in the stands ... F-bombs have been heard all over MLB diamonds this summer -- check out Joc Pederson droppin' one during the Dodgers game against the Angels on Sunday. 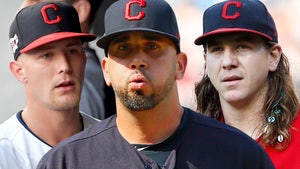