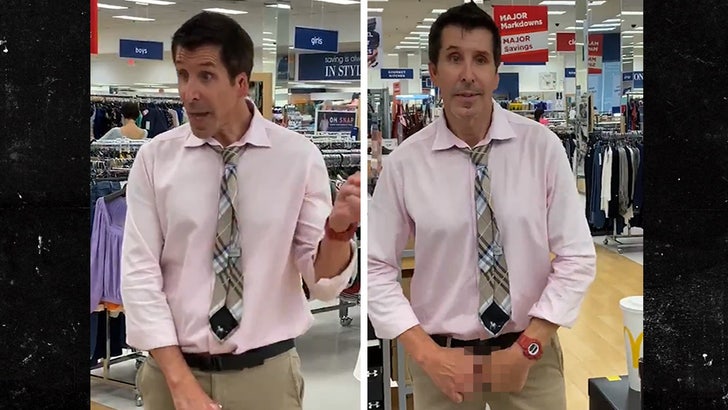 4:39 PM PT -- Campbell Police Department Captain Ian White tells TMZ ... police responded to a call Tuesday, but when they got to Marshalls, the guy was gone. We're told a complaint was filed and the investigation is ongoing.

This anti-masker has found his hill to die on ... and it's inside a Marshalls.

Check out this video from the discount department store in Campbell, CA ... the guy is shopping without a face covering, and he throws a fit when employees ask him to leave and launches into a homophobic rant.

The man in the video, who some are calling a male "Karen," or "Kevin," thinks he's smarter than everyone else, but he's not ... you'll hear him claiming it's a $75,000 fine to deny service to people with disabilities. Seems he got his info from the alleged "Freedom to Breathe Agency." Yeah, that's been debunked ... it's not a real thing. 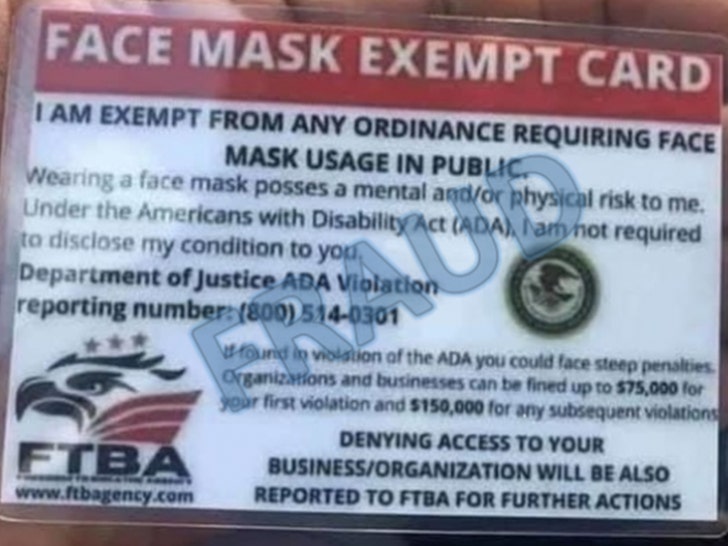 Guess this genius missed the report from the U.S. Department of Justice saying the 'FTBA' cards folks claim allows them to get away with not covering their faces are fraudulent.

Of course, the anti-masker felt he couldn't possibly be in the wrong, and he dropped homophobic slurs at store employees -- calling them "dumb f*****g f*****s" for not knowing the law.

It gets even worse ... the man starts to expose himself while employees ask his name. What would the 'FTBA' say about that?!?

Too bad he couldn't just wear the damn mask on this failed shopping trip ... he really needs a new tie.