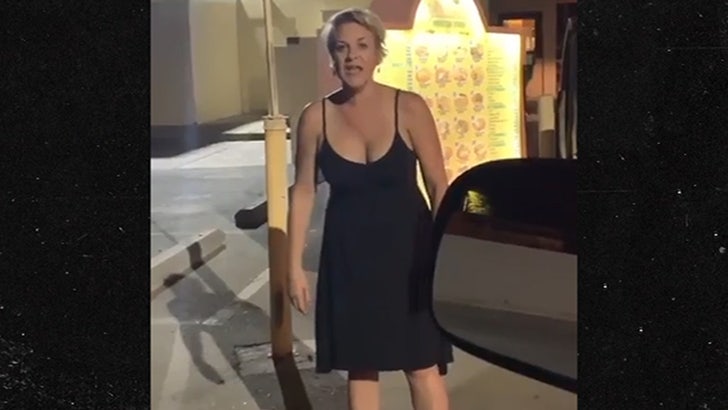 Late night, drunken drive-thru vids are usually pure comedy, but this time a Karen is adding a huge dose of racism ... against a black man who had the nerve to have white friends.

This hate-filled incident went down at a drive-thru somewhere in Arizona ... when a white woman -- who definitely sounded loopy -- got out of her vehicle to harass a truck full of friends waiting behind her. She immediately targeted the black guy in the group, spewing ... "You f***ing black bitch. You're black hanging out with white kids and that's your problem."

Then she went after his friends -- "You ignorant white f***s videotaping my ass?" To their credit, everyone in the truck seemed to take it in stride, and mostly laughed off her vitriol. However, you gotta see what happened when the black guy got out of the truck for a face-to-face with her.

We'll just say he definitely kept his sense of humor throughout her rant, because he did a spot-on impression of Steve Irwin checking out a bizarre species ... of racist. "Crikey!!!

He did get serious when he calmly asked her to get in her car, saying ... "If the cops come, we're all f***ed." Far as we know, cops were NOT called.

Side note: this chick probably should NOT have been driving. Just one of many issues she clearly has. 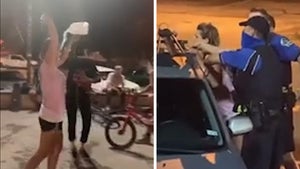 Skate Park 'Karen' Arrested for Assault After Altercation with Teens 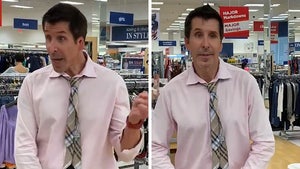