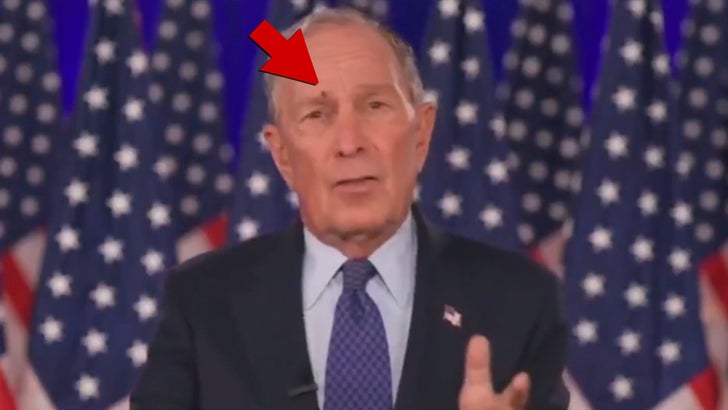 Former Presidential candidate Michael Bloomberg knows how to generate buzz ... just ask the fly that swooped in on his big moment at the DNC, and stole the spotlight.

Bloomberg scored a prime spot at the Democratic National Convention Thursday night -- a 5-minute speech designed to go on the attack at President Trump, but someone forgot to tell the pesky housefly that landed on him.

Damn shame too ... 'cause just as MB was hitting his stride, calling out Trump for being a horrible businessman ... the Musca domestica (yeah, we know science) started buzzing around.

We'll say this ... the multi-billionaire kept his cool, lightly swatting at his podium partner while making it look like he was just gesturing with his hands. Smooth, Mike.

Considering most houseflies only live about a month ... this one made his time on Earth count. It's right up there in the fly rankings -- after Jeff Goldblum, of course.

Kamala Harris at DNC, 'We Have a Chance to Change the Course of History'