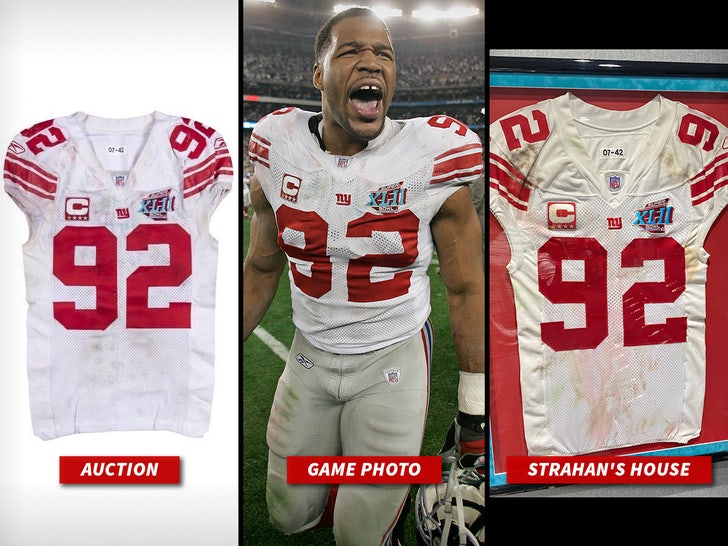 The Michael Strahan Super Bowl 42 jersey auction has been temporarily suspended ... after the NFL legend claimed the auction house has a FAKE.

As we previously reported, Goldin Auctions is adamant their jersey is 100% real -- and insist it was authenticated by multiple professional (and reputable) photo-matching services.

But, Strahan claims to have the real jersey framed in his home -- and both sides were digging in their heels about which is the actual jersey from the 2008 game when the Giants defeated Tom Brady's New England Patriots.

Now, Goldin has announced the jersey has been pulled from the auction block "until the consigner of the jersey and Strahan can settle their dispute."

"At this time, it is unfair to the potential buyers and the seller of the jersey to continue with the sale due to the recent claims made."

Goldin Auctions still believes their jersey is the real one -- but says they are "not interested in a dispute with the former athlete."

Goldin insists a 3rd party authentication company studied the jersey in Strahan's home -- and believes it is NOT the real deal.

Strahan claims he gave the jersey to a friend directly after the game and instructed him to bring it to his hotel room -- and he's had it ever since.

The auction house claims the jersey ended up with a NY Giants equipment manager -- who eventually got it to another person, who brought it to Goldin. 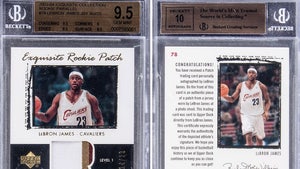