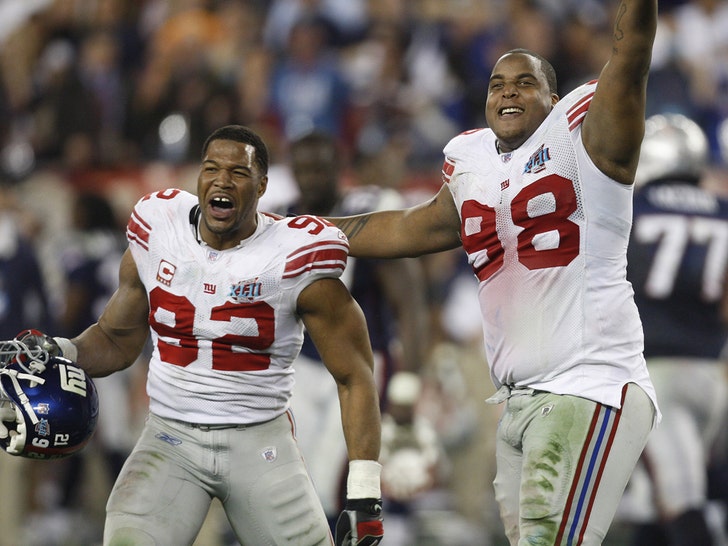 10:02 AM PT -- There's a big dispute over the authenticity of the jersey -- with sources close to Michael Strahan saying he's adamant the auction item is bogus.

In fact, our source says Strahan STILL HAS his jersey from Super Bowl 42 ... and it's framed in his home. 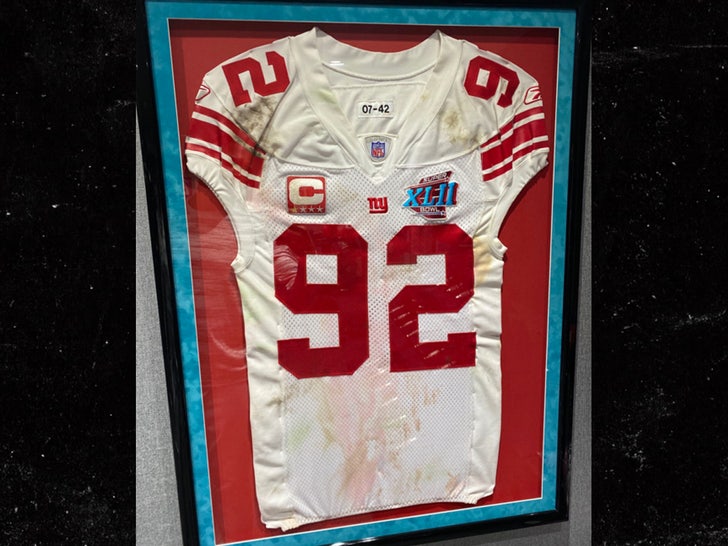 We reached out to Goldin Auctions for comment. Stay tuned ...

TMZ Sports has learned ... Goldin Auctions is featuring Strahan's white and red NYG jersey in a current auction. The starting bid was $20k and it quickly exploded to $36k.

The game -- played on February 3, 2008, in Glendale, AZ -- is widely considered one of the best in Super Bowl history. It was also Strahan's final game of his legendary NFL career.

Goldin Auctions insists the jersey is 100% authentic -- it was photo-matched from 2 different companies that specialize in apparel authenticity. 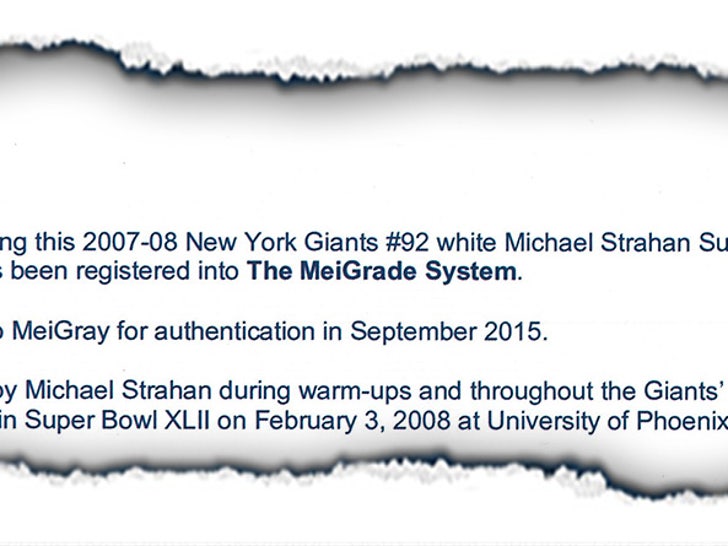 Of course, New England entered the game as huge 12 point favorites and was looking to go 19-0 ... joining the Miami Dolphins as the only teams in history to complete an undefeated championship run.

But, Strahan -- along with Eli Manning and some help from a sure-handed, sure-helmeted David Tyree -- ruined the Patriots' night in a 17-to-14 upset.

Don't feel too bad for Bill Belichick, Tom Brady, Rob Gronkowski, and the rest of the gang ... they won other Super Bowls. They're just fine.

Strahan had a solid game that night -- chalking up 3 tackles and a sack.

He later went on to make the Pro Football Hall of Fame and launched a TV career that could eclipse his playing career ... and that's really saying something!!

The jersey auction will run until August 22 and could get super hot in the final days as there are some rabid and rich Giants fans that would LOVE to get their hands on this. 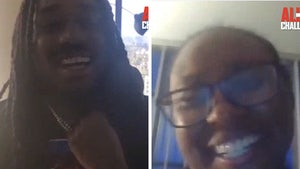 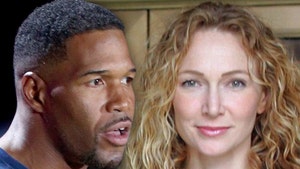