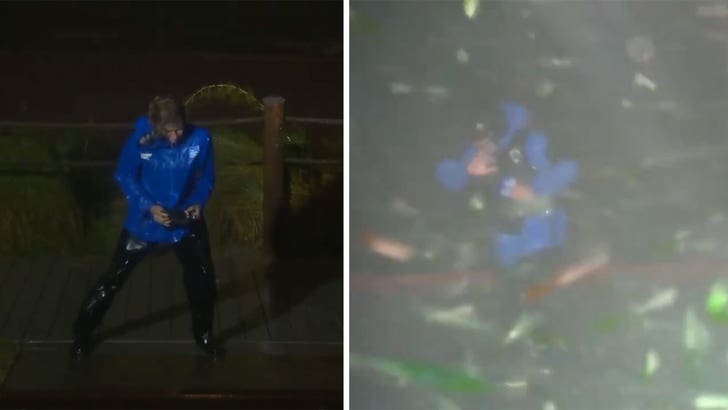 Weather Channel reporters take their job seriously ... maybe too seriously, 'cause they were seriously in danger while reporting from the eye of Hurricane Laura, and this intense video proves it.

A couple of reporters braved the elements beginning late Wednesday night from Lake Charles, Louisiana as Hurricane Laura picks up hurricane gust winds. Check out the video ... eventually, you see the poor reporter holding on for dear life as she struggles staying on her feet.

The winds eventually reach 104 MPH just before 1 AM CT. Things get so bad ... the winds send glass shattering everywhere, prompting the reporter to run for cover. There's another reporter out there who says he's in the eye of the storm at around 1:39 AM CT. Dude's wearing a helmet as debris is flying everywhere.

The storm is causing enormous problems along the Gulf.  They're setting up shelters for an untold number of people who may now be homeless, but in COVID times that adds an additional layer of danger. 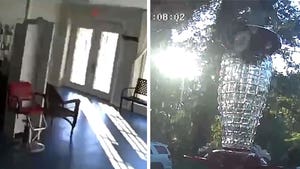