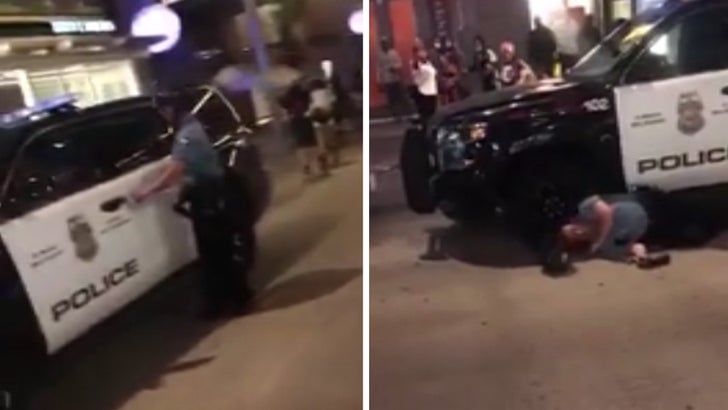 A Minneapolis cop is recovering after he was knocked down to the ground when an apparent looter threw a garbage can lid ... hitting the cop squarely in the neck.

The incident went down Wednesday night as people flooded the streets following a false report of a fatal police shooting of a Black man ... and just 3 months after George Floyd died there.

Check out the video -- which was broadcast on Facebook Live -- showing apparent looters making their way inside a Walgreens as a wave of others floods the streets. You see a cop calmly walking back to his patrol unit when, out of nowhere, a garbage can lid strikes him on his neck ... knocking him down. He radios for help and a couple cops show up to provide aid.

A police spokesperson said the cop suffered non-life-threatening injuries. The trouble started after false rumors quickly spread about cops fatally shooting a Black man. The Minneapolis PD tweeted -- and then deleted -- video they say shows a murder suspect turning the gun on himself as cops closed in on him. The tweet included, "No officer weapons were fired. This is a tragedy for our community that is still hurting."

The Minneapolis PD later tweeted and explained it like this, "[On Wednesday] MPD posted a video in order to dispel rumors that caused significant public safety concerns for our city. After receiving feedback from the community, we have removed the video due to the graphic nature and out of respect to the individual, his family and the community."

The Minneapolis Star-Tribune reported that community activists quickly mobilized to spread word that this was NOT a police shooting and didn't warrant a protest. But, clearly few heeded to that message ... because 33 people were arrested. 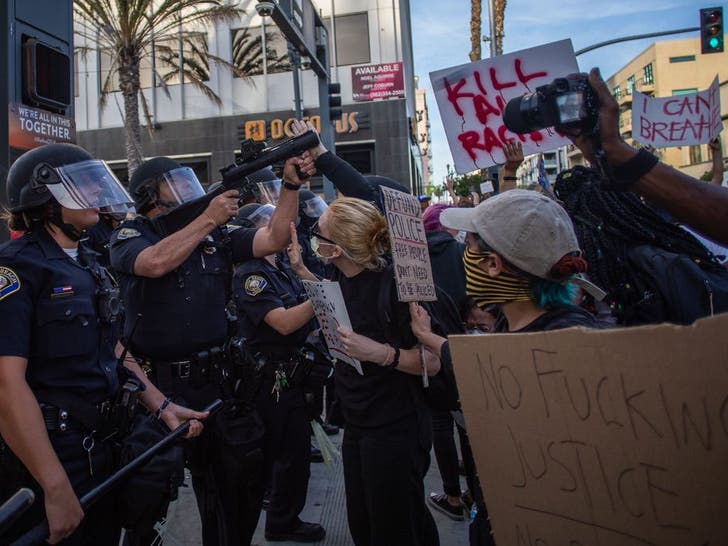 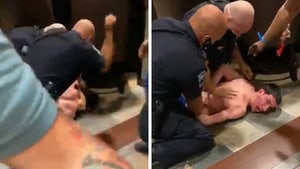