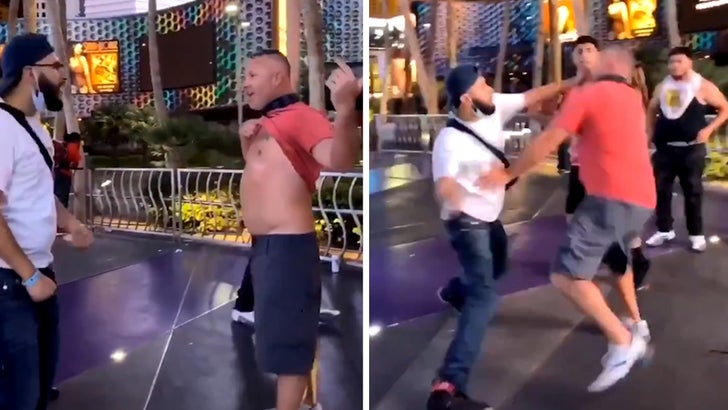 An alleged racist who flashed a provocative tattoo to a group of Latino men paid for it dearly within seconds ... getting the beat-down of his life.

Check out this brawl that went down in Vegas after a white man came face-to-face with a group of guys, one of whom accuses him of being a racist. It's unclear what exactly sparked the confrontation or the racism allegation ... but it looks like whatever was on his chest did it.

In any case, the fight is pretty crazy ... you see the white guy in question lift up his shirt to show off the ink on his chest -- hard to make out exactly what it says. It definitely offended the guys he was facing off against, 'cause one of them says, "You a racist, motherf***er?!"

That's when the punches start flying, and there even seems to be a very young man who gets in on the action to defending the white guy -- but he paid the price too, getting tossed down and punched.

In the end the white guy and his ally appeared to be laid out cold.

We've reached out to LVMPD to see if officers responded to this -- but on the face of it, this appears to be a simple case of ... someone talking smack and getting whooped on in public. 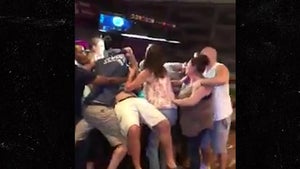 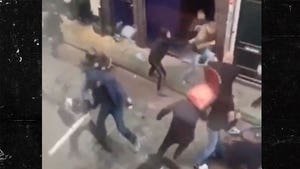