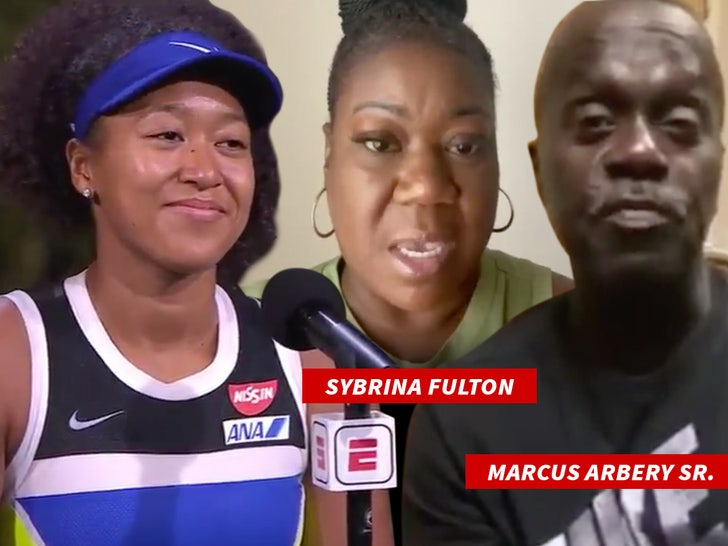 Powerful videos from the families of Ahmaud Arbery and Trayvon Martin -- who thanked Naomi Osaka for her COVID mask tributes at the U.S. Open.

Osaka has been wearing a different name of a violence victim on her face coverings every day of the tournament in NYC ... hoping to bring awareness to Breonna Taylor, Arbery, Martin and others.

And, after her match on Tuesday -- ESPN surprised her with thank you video messages from the families of two of her mask honorees.

After her @USOpen match tonight, @ESPN showed @NaomiOsaka video messages from @SybrinaFulton, mother of #TrayvonMartin, and Marcus Arbery, father of #AhmaudArbery — two of the five names she's worn on masks before and after her matches. #SayTheirNames pic.twitter.com/1BOyzQbzg9

In the first, Martin's mom, Sybrina Fulton, praised the 22-year-old tennis player for her tributes ... saying, "We thank you from the bottom of our hearts."

In the second, Arbery's father, Marcus Arbery Sr., added ... "I just want to tell you thank you for the support on my family. And God bless you for what you're doing."

Osaka initially kept her cool on the set while the videos played ... but she admits she broke down in private after viewing them again.

"I often wonder if what I’m doing is resonating and reaching as many people as I hope," Osaka said. "That being said, I tried to hold it in on set but after watching these back I cried so much."

"The strength and the character both of these parents have is beyond me. Love you both, thank you."

In total, Osaka has displayed five masks tributes at the U.S. Open this week ... featuring the names of Taylor, Arbery, Martin, George Floyd and Elijah McClain. 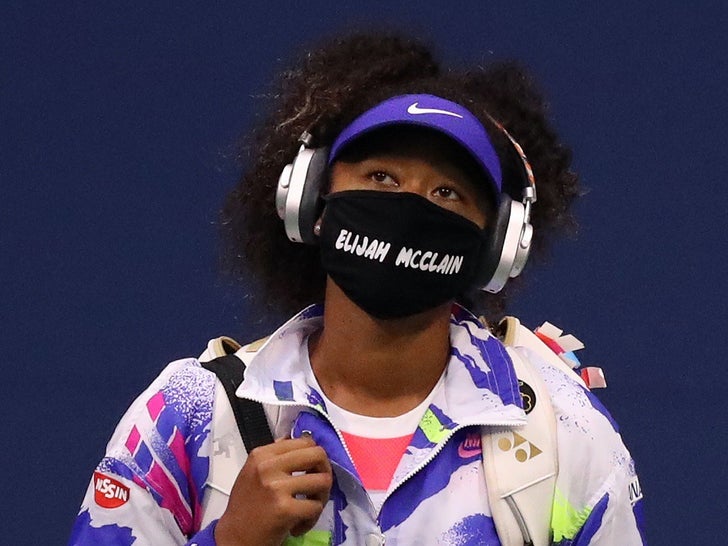 She says she still has others planned for the rest of the tournament as well.

As we previously reported ... Osaka has been one of the most outspoken athletes when it comes to the fight for social justice -- she famously boycotted a match at a tournament 2 weeks ago in the wake of the Jacob Blake shooting. 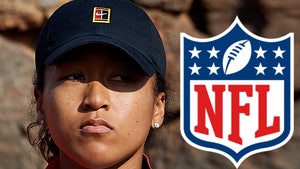 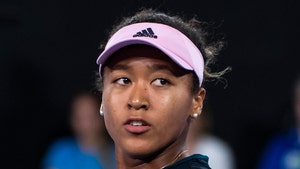