Kyle Rittenhouse -- the 17-year-old armed civilian arrested in the killing of 2 people during the Kenosha protests following the shooting of Jacob Blake -- might be heading back to Wisconsin to face homicide charges.

Rittenhouse appeared for an extradition hearing Friday in his home state of Illinois, where a judge was expected to decide whether to send him to Kenosha to let the case play out there. However, the judge says that decision will wait until the next heading on Oct. 9.

The judge did approve lawyers bringing laptops into the jail where Rittenhouse is being held to show him video. The teenager from Antioch, IL is accused of killing 2 people and wounding a third on August 25. He's been charged with first-degree intentional homicide and first-degree reckless homicide. If convicted, he's looking at a mandatory life sentence.

As we reported ... Rittenhouse traveled the roughly 21 miles from Antioch to Kenosha -- armed with a semi-automatic rifle -- to walk the streets with other armed vigilantes, claiming to be there to quell rioters.

Video showed Rittenhouse running on the street with his gun while witnesses told cops he shot someone. After falling to the ground and appearing to be accosted by others, cops say he opened fire ... killing one person and injuring another. He then appeared to walk toward police with his hands up, and was permitted to simply keep walking and leave. He wasn't arrested until the next day.

Rittenhouse's legal team is presenting his case not only as self-defense ... but with a campaign depicting him as a courageous patriot exercising his right to bear arms and protect a community. 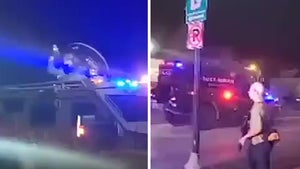 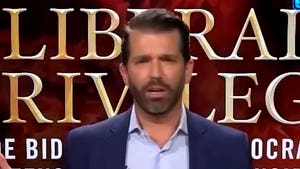 Donald Trump Jr. on Kyle Rittenhouse: 'We All Do Stupid Things at 17'