1:32 PM PT -- Kenosha County Sheriff David Beth says the shooting that occurred and resulted in 2 people dying is exactly why he doesn't support deputizing citizens with guns to help police patrol neighborhoods. He says it's way too much added liability for his department ... and leads to more confrontation. 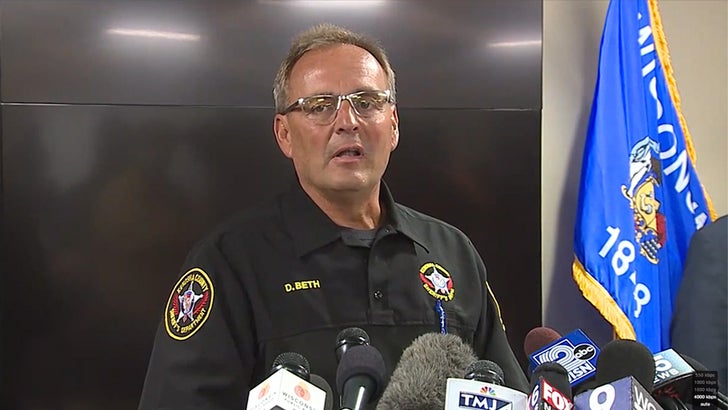 Sheriff Beth says he thinks the 2 victims got mixed up with this group inquiring about becoming deputized. He also gave his reasoning why law enforcement let the shooting suspect -- identified as the 17-year-old Rittenhouse -- leave the scene without being arrested.

10:15 AM PT -- The "vigilante" shooter in Kenosha who allegedly shot and killed at least two people has been captured by cops -- and he's now facing homicide charges.

Kyle Rittenhouse was arrested in Antioch, Illinois. Court records indicate he was booked for first-degree homicide in relation to the Kenosha shooting. It appears he's been assigned a public defender and is set to appear in court for an extradition hearing later this week.

A man -- who witnesses described as being part of a vigilante militia group -- with a long gun brazenly walked down a street in Kenosha, Wisconsin Tuesday night and began firing his weapon at people protesting the police shooting of Jacob Blake, killing 2, and incredibly walking right past a swarm of cops who let him go into the night.

The protest centered around the courthouse and got out of hand, with water bottles, rocks and fireworks aimed at police. The police then fired rubber bullets and tear gas into the crowd, which then dispersed and moved several blocks.

That's when the white vigilante appears on video with his gun. He reportedly had already shot someone several blocks away, and he was being chased by protesters who were trying to subdue him.

The vigilante falls to the ground as he's being chased and then begins unloading his weapon, striking and killing 2 people.

And, then the unthinkable happens. As police swarm the area in patrol cars and fortified vehicles, the vigilante -- gun clearly visible around his chest -- put his hands up in the air. The police vehicles all pass him, as the crowd screams he's the shooter.

It's a stunning contrast ... the white vigilante posed a clear and present danger, even if cops didn't know he was the shooter, yet Jacob Blake, an unarmed black man, was shot in the back 7 times as he tried to get in his car. Jacob is now paralyzed from the waist down.

The vigilante escaped and is still on the loose. 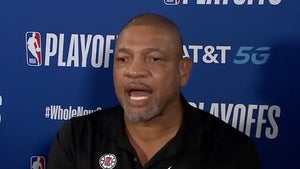 Doc Rivers Fights Tears On Jacob Blake, 'You Don't Need to Be Black to Be Mad'