Before this smiling sweetheart was a well-known activist and actor with numerous award wins under his belt, he was just another cute kid laughing in San Juan, Puerto Rico.

This grinning guy has shaken audiences across the globe with his undeniable talent in critically acclaimed films. One musical role landed him a Grammy Award while another villainous character sent him home with an Academy Award for Best Actor in a Drama Series.

Since being in the industry as a child, he has been vocal about his animal rights activism -- he has even been a vegan since he was 3 years old! 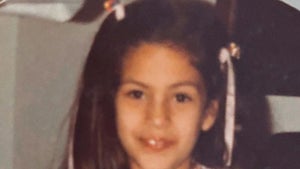