Before this pigtail pip-squeak was making a new name for herself by acting in popular movies, she was just another runt in ribbons growing up in Miami, Florida.

This cute kid launched her career when she starred alongside the Academy Award-winning lead actor from a police driven drama set in Los Angeles. She has shown range for her comedic abilities as well as when she played Will Smith's love interest in an endearing romantic comedy.

Now, she is married -- with two daughters -- to one of Hollywood's hottest heartthrobs who she met on the set of one of her films. 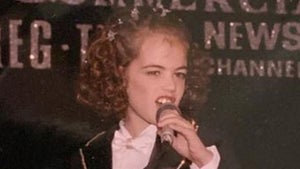