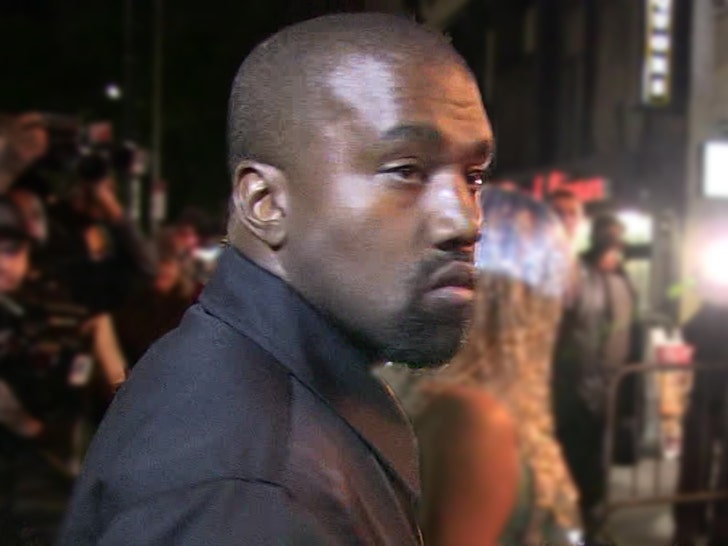 Kanye West is on the California ballot ... as a VICE PRESIDENTIAL candidate.

The mail-in ballots are being mailed out, and Ye's on the American Independent Party. The A.I.P.'s presidential candidate is Roque "Rocky" De La Fuente Guerra. 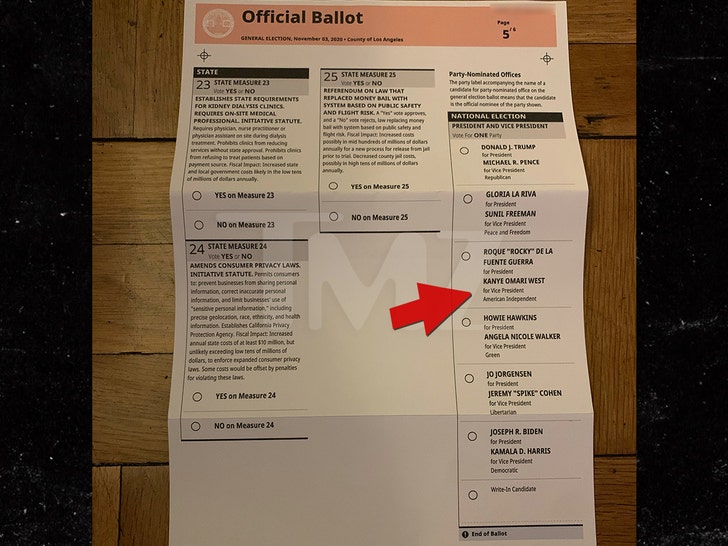 As we reported, Ye's pick for Veep on the Birthday ticket is Michelle Tidball. She has not publicly said if she's down with the nom.

Oh, and if you're wondering who Roque is ... he's the owner of De La Fuente car dealerships. He has lots of cash and some political ambition. He ran for Prez as a Democrat years ago, and then switched parties to Independent in 2016. He's challenged Senator Dianne Feinstein ... in fact, he's run for U.S. Senate in 9 different states at the same time. 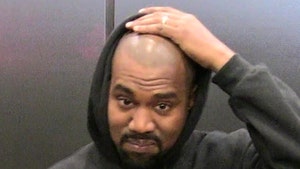