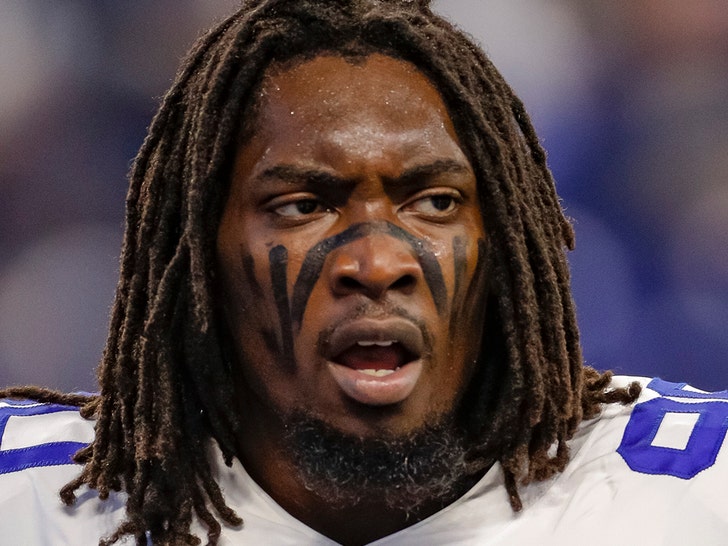 Demarcus Lawrence went OFF on fans who criticized him after the Dallas Cowboys took another L on Sunday ... telling his haters straight up, "F**k all ya'll."

The star pass rusher -- who was limited to no sacks yet again in Big D's embarrassing 49-38 loss to the Cleveland Browns -- took a TON of heat on his social media page after the defeat.

But, instead of brushing it off ... the 28-year-old went into attack mode -- and ripped every single critic in a scathing comment. 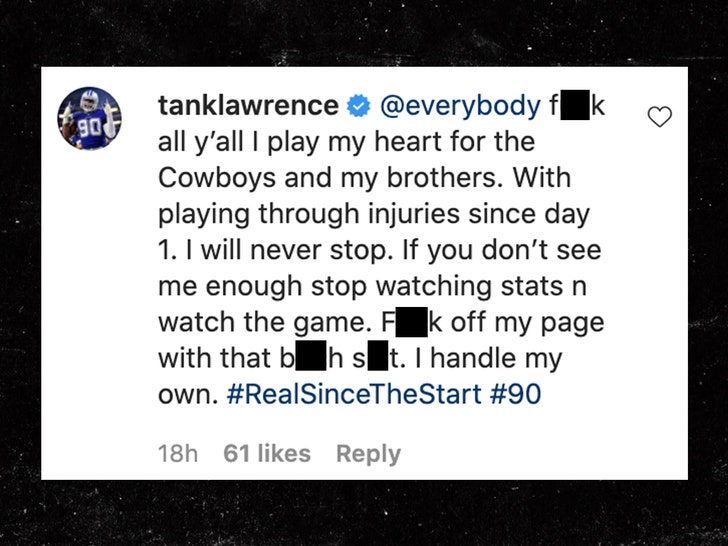 "I play my heart for the Cowboys and my brothers," Lawrence said. "With playing through injuries since day 1. I will never stop. If you don’t see me enough stop watching stats n watch the game."

Cowboys fans have been VERY vocal about their displeasure with the team this season ... given it had Super Bowl expectations but has gotten off to just a 1-3 start.

And, as one of the team's highest-paid players and biggest underachievers (at least in the box scores) ... Lawrence has heard it from fans daily.

Clearly, it's worn on the Cowboys star ... who capped off his rant Sunday with, "#RealSinceTheStart"