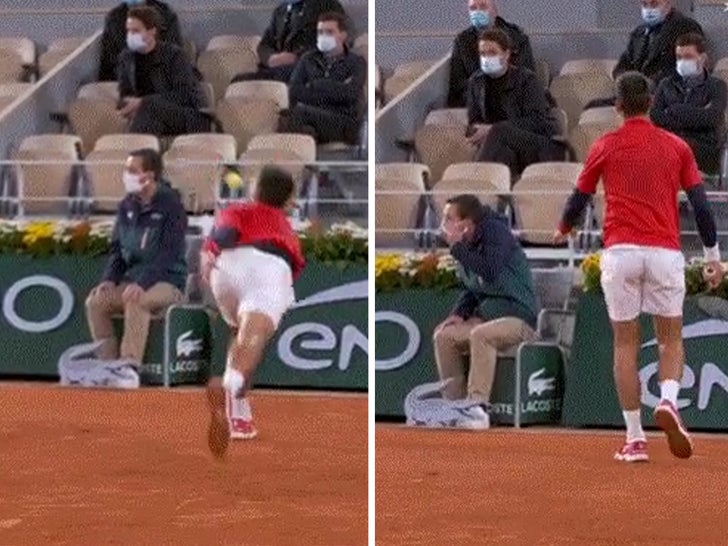 For the second time in a month, Novak Djokovic hit a tennis ball right into a line judge!!!

This time, it was a true accident -- Novak was trying to return a serve when he lunged at the ball ... and re-directed it right at a judge's face!!!

It all went down Monday at the French Open -- Novak was battling Russian tennis player Karen Khachanov.

The good news ... unlike the incident at the U.S. Open, the line judge was uninjured this time!

Also, unlike the U.S. Open ... French Open officials determined this was just a true accident and Novak was allowed to continue with the match.

The big difference from the U.S. Open incident ... Novak smacked a ball out of the court out of pure frustration -- it was NOT in the capacity of trying to play a live ball.

The line judge at the U.S. Open was hit in the neck and fell to her knees -- though, ultimately (thankfully) she was okay.

Top-seeded Novak Djokovic was defaulted from his fourth-round match at the #USOpen after he accidentally hit a line judge with a tennis ball Sunday. pic.twitter.com/TTstxZB2Jw

This time, Novak -- the #1 player in the world -- went on to defeat Khachanov and advanced to the next round of the tournament.

Word of advice to the line judges ... maybe bring a helmet next time?! 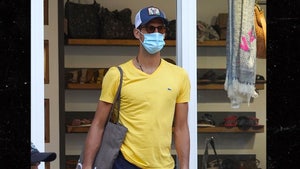 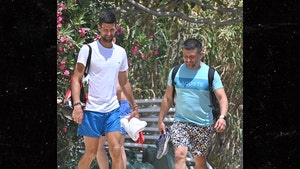