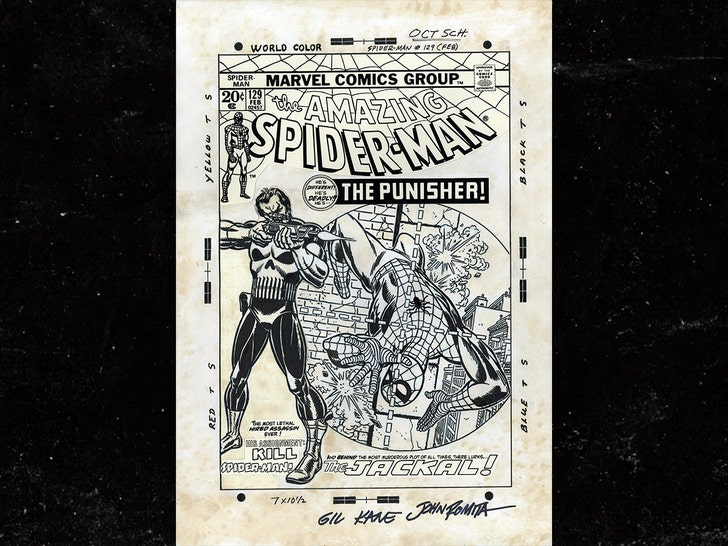 What does a 1974 Spider-Man comic book cover featuring The Punisher have in common with the Mona Lisa? They're both masterpieces that were lost and recovered ... but only one's actually hitting the auction block.

The folks over at ComicConnect have found the original cover art to Spider-Man issue No. 129. The issue's special because it's The Punisher's first-ever appearance on a cover. The Punisher is the alter-ego of ex-marine Frank castle. The character sought revenge after the mafia killed his wife and children in a Central Park shootout.

For decades now, the cover art was only rumored to exist. But, little did anyone know co-artist Gil Kane quietly and privately sold the piece to a private collector. 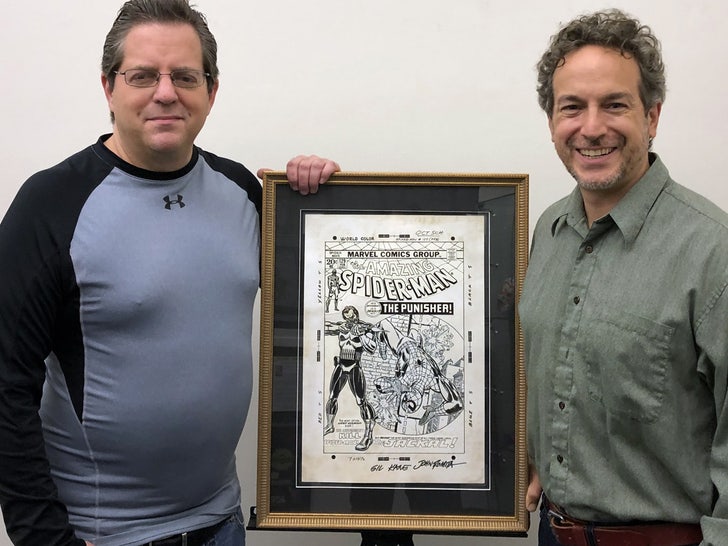 ComicConnect now has a hold of it and values the piece of art at a whopping $2 million!!! How'd they come up with that number? When the original cover art of Hulk featuring Wolverine's first appearance in issue No. 181 was rumored to exist, speculators valued that cover art at $2 mil. ComicConnect will soon know what it's really worth. 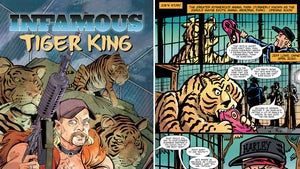 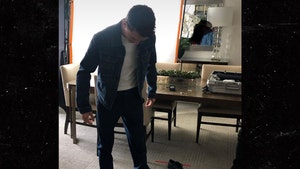