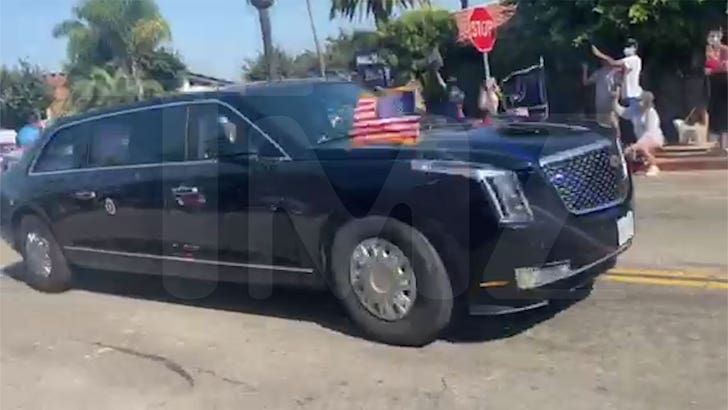 President Trump is in sunny California to raise some much-needed cash as he falls behind in the polls and in the money dept ... thus the trek to raise cash.

DT made his way to a private fundraiser in Newport Beach Sunday, rolling up to tech billionaire Palmer Luckey's home in his motorcade to bank on some generous donations ... with tickets for the event reportedly running between $2,800 to $150k.

The Beach Boys are providing entertainment for the shindig -- but not the OG band, it's just Mike Love and the touring group ... Brian Wilson and Al Jardine have disavowed the event. They say they hadn't even heard Mike was planning the gig until reading about it in the paper. 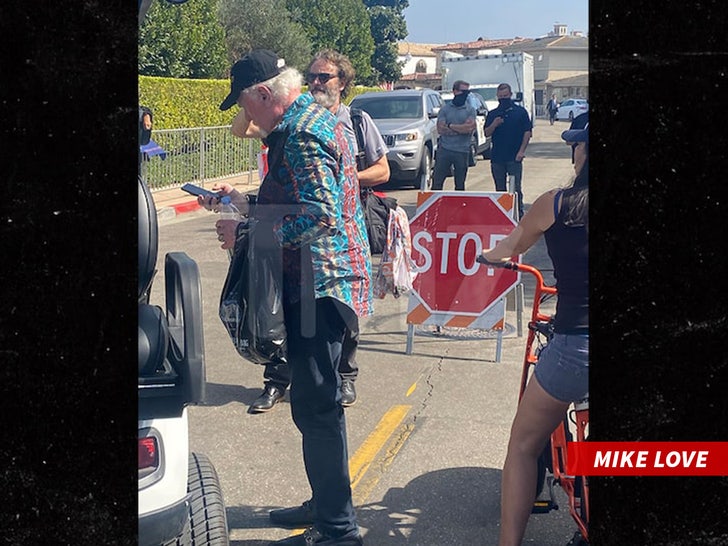 Sure enough, ML was spotted out there out as well ... looking groovy and ready to rock, sans his bandmates' approval.

Even crazier ... the sheer amount of fanboying Trump and co. spurred when they arrived. Check out how the guy who filmed this reacted when he spots POTUS in the backseat, if only for a second -- a complete starstruck freak-out. He claims DT waived at him. 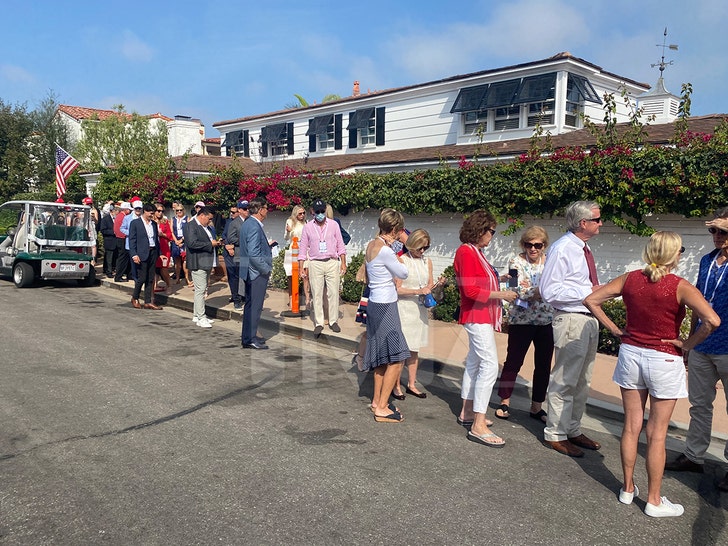 On a more serious note ... lots of people lining up to get into the fundraiser appeared to be following in Trump's footsteps as far as mask-wearing -- namely, many were going without, and not properly socially distancing. If the number of heads outside is any indication of how well-attended it was indoors, this could be another super-spreader gathering. 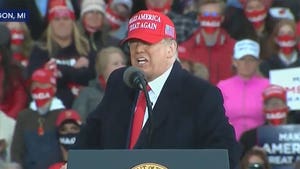