Before this happy kid became one of the worlds' most beloved celebrities starring in franchise films, he was just another cute kid reppin' Hawaiian shirts spending his childhood moving around to California, New Zealand, North Carolina, Connecticut, Hawaii, and Tennessee.

This smiling sweetheart is a renaissance man known for his variety of successful endeavors including wrestling and acting, to just name a couple. He even recently took on singing when he starred as a voice-over actor in a magical Disney animation film.

You may recognize him by his more popular nickname -- which originated to commemorate his father. 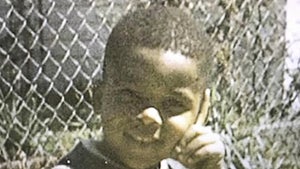