The insane mansion Wayne Gretzky sold to Lenny Dykstra back in the day -- only to buy back years later -- is back on the market ... with the NHL legend asking a cool $23 mil!

Remember, at the time Dykstra was being hailed as some sort of financial genius ... when in reality, he wasn't.

The ex-MLB star filed for bankruptcy in 2009 and the bank foreclosed on the home soon after.

NO WONDER THEY CALL HIM THE GREAT ONE!!

It's got a screening room, gym, game room, office, championship tennis court, outdoor entertainment area, wood-burning pizza oven, wood and gas barbecue, and formal gardens, according to the listing from Arvin Haddadzadeh of The Agency.

We're guessing potential buyers must be pre-qualified before being allowed to get a tour of the property ... which means the closest Dykstra will get to the property is viewing this gallery on our website. 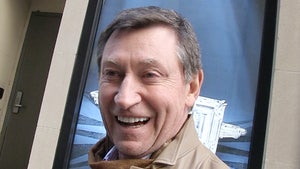 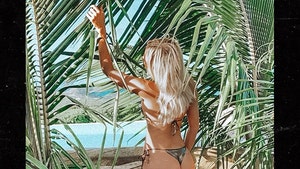