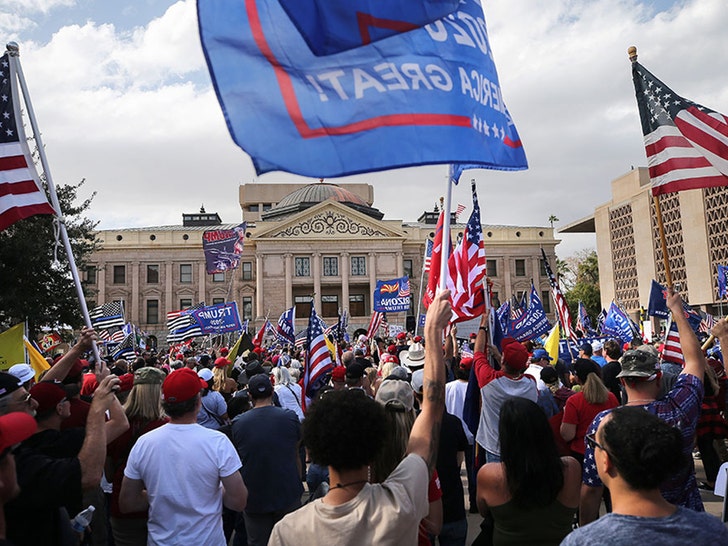 It was the best of times for Joe Biden supporters, and the worst of times for Donald Trump supporters -- the latter of whom are taking to the streets to protest, as their counterparts celebrate.

While millions of people who voted for President-Elect Biden are in utter jubilation this weekend, the folks who voted for Trump are none too pleased ... and it's painting a clear picture of how divided America is today.

The @realDonaldTrump support in Phoenix, AZ is astonishing! #Election2020 pic.twitter.com/IW2dVg8Bfn

Take, for example, what's happening right now in front of the Arizona State Capitol in Phoenix where hundreds (if not thousands) of Trump supporters are packed in and seemingly furious at the notion he's lost.

You can see the flags out, the Uncle Sam hats on ... and the anger seeping through their pores as many chanted "U.S.A." Several Trumpers are also marching right now in protest, including in places like Austin, TX, Lansing, MI, St. Paul, MN, and elsewhere ... with many of these demonstrations taking on the moniker of "Stop the Steal," something Trump himself called for on Twitter.

So far, it looks like a lot of these protests are remaining mostly peaceful -- despite reports of counter-protesters coming out to face-off with them in some parts of the country.

With that said, we've seen photos of some folks bringing out weapons in open carry states, and of course ... cops are out and about too, standing by for any action that might pop off.

"It's over! We won and you all lost!" If that is true what are you doing there?
Colorado Springs, Antifa & BLM demoralizers trying to stifle the spirit of Patriots holding a Trump rally. They have nothing else but to try to bring us down. Do not give in! pic.twitter.com/f8Kbo5D65A

The demonstrations and celebrations perfectly illustrate just how hard the work of unification will be for the Biden administration.

For now, tensions are high and people remained riled up on both sides ... which might continue as President Trump digs in his heels for a legal war against the election results.

Special delivery for Joe Biden and co. ... good luck dealing with this! 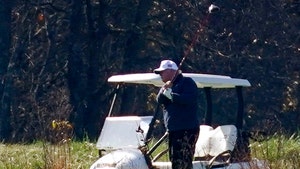 Trump Was Golfing When Joe Biden Was Declared Winner of Election 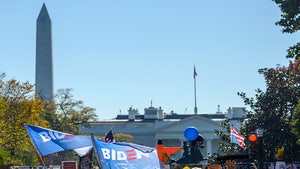