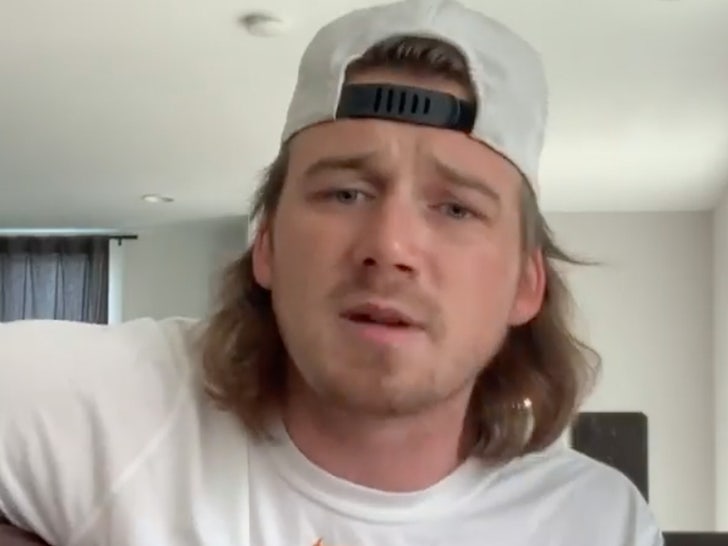 Morgan Wallen's pissed Joe Biden supporters can pack in together to fill the streets in celebration during the pandemic, yet he can't perform concerts. 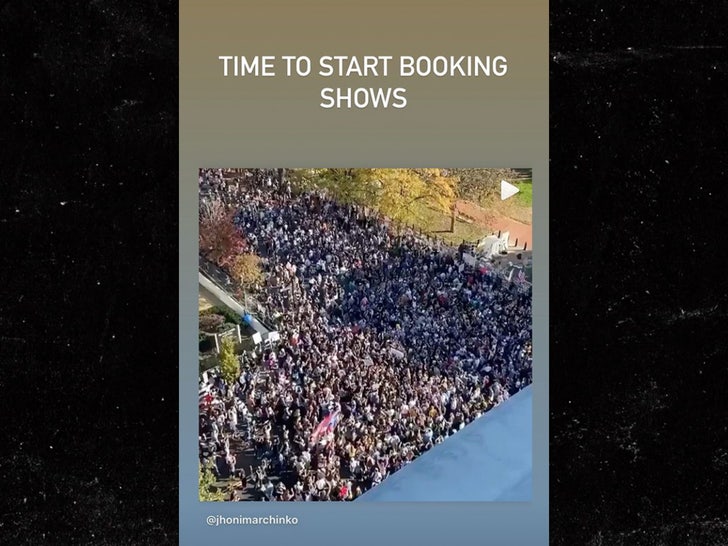 Wallen wrote "Time to start booking shows" which was shortly followed by "The hypocrisy is unreal." His beef?

It's clear he feels there's a double standard ... given he lost his 'SNL' gig last month after he was seen partying irresponsibly in Tuscaloosa, Alabama, yet Biden supporters have no problem gathering in large crowds to celebrate. 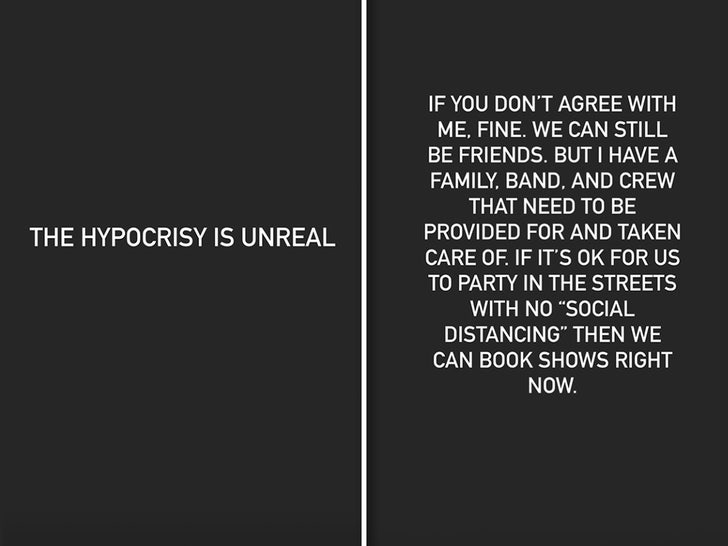 As we reported ... Wallen was seen at a bar taking shots and kissing women and at a house party. He wasn't wearing a mask, much less social distancing. At the time, Wallen admitted his actions were "short-sighted" and he seemed contrite about losing his opportunity.

But now ... Wallen's fuming he got canceled for the exact same thing Biden supporters did over the weekend. He wrote, "If it's OK for us to party in the streets with no 'social distancing' then we can book shows right now." Morgan points out ... his band and crew have families to feed, which they can't do without touring.

The L.A. County Department of Public Health seemingly agrees with him ... when it comes to the irresponsibility of the weekend revelry. It said such celebrations "will slow down our recovery and can result in more illness and deaths." 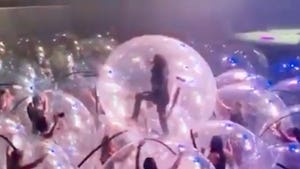 The Flaming Lips Perform Concert with Everyone in Bubbles